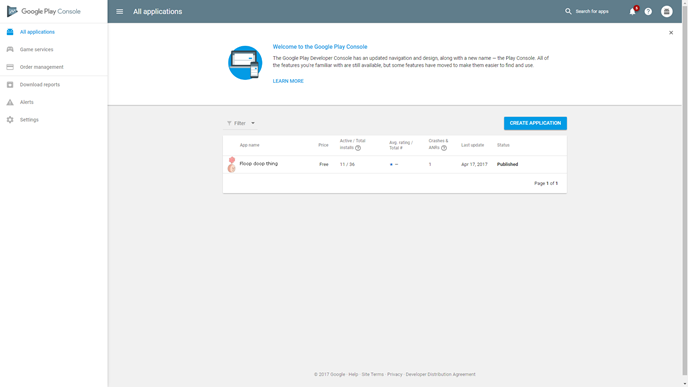 The changes were set to roll out April 2017 but we've only just started getting reports of developers seeing it. It may have gone live for others since the beginning of the month, but there has been no official announcement yet and it may not be live for everyone. It looks pretty snazzy, but there may be some small adjustment pains for developers as Google has moved a few things around. Rest assured, though, all the same features are still present. 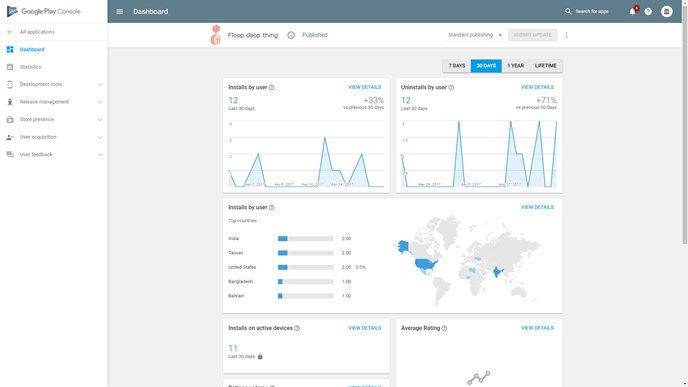 The relevant info from Google about the update is below, for any developers that might not have seen it.

Starting in April 2017, you'll notice your Play Console has an updated design and navigation. All of the features you're familiar with are still available, but some may have moved.

Once you've selected an app, you'll see the menu includes several new categories. Here are the pages you'll find in each of those categories:

For more information on some of the most popular features, click the links below.