It's looking like a busy week for the app devs at Microsoft. After yesterday's announcement that Groups is being added to the Outlook mail app, today sees another interesting addition to the company's productivity suite on Android. To-Do is Microsoft's attempt at an intelligent task management app, in much the same vein as Wunderlist, which was acquired by the Redmond giant back in 2015.

Previously known as Project Cheshire, To-Do is now available in preview form. It's built by the same team who built Wunderlist, so if you were a fan of that you'll know just what to expect. To-Do has all the standard features you'd expect from a task list app, allowing you to add reminders, dates, and notes to each entry. It also has some neat personalization options so you can style your lists with fancy colors. 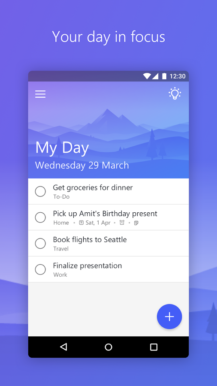 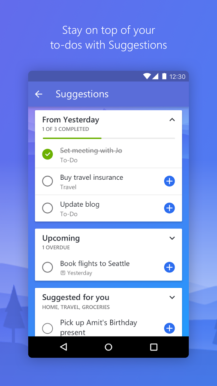 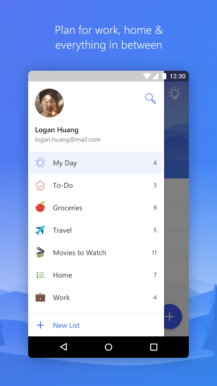 The key feature here seems to be smart suggestions, powered by an "intelligent algorithm" and integrated with Office 365. As far as I can tell, this means that each day you start with a clean slate and the app suggests which tasks in your list would be good to make a start on today. Without rigorous testing, it's hard to say how well this will work in practice. But it's a nice idea nonetheless, and could prove useful if it lives up to the hype.

As well as the Android app, Microsoft is making To-Do available on iOS, Windows and the web. So you can easily access your lists however you like.