It took two years, several hyped rumors, but the revamp of Google Earth is finally here. The app, which had been stuck on version 8.0 since October 2014 with only incremental updates in the meantime, has jumped to version 9.0 with plenty of new things to check out. The new onboarding experience shows off all the cool added features.

First are the 50 new Voyager guided tours which marry storytelling, science, and other info to showcase interesting perspectives of our planet. There are beautiful sites, historical locations, fun experiences, and educational content to raise awareness about some of the challenges facing our world as we know it. 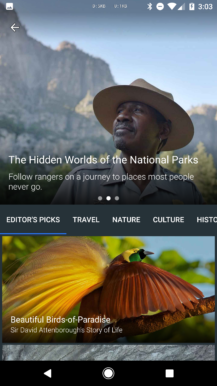 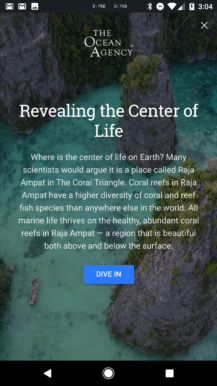 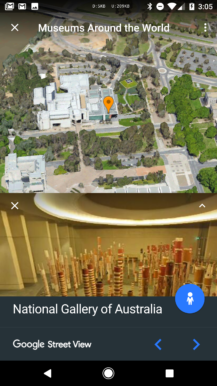 Second is the new 3D view that lets you experience the feeling of almost being at the location you're viewing, flying over and discovering every nook and cranny, whether it's a gorgeous landscape or a bustling city. 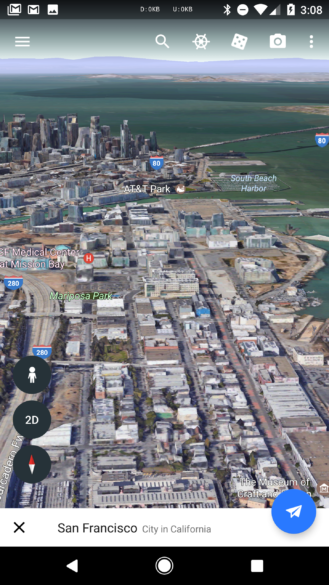 Then there's more, like the new knowledge cards for places, the 20000 curated locations that you can randomly jump through with "I'm Feeling Lucky," the new postcard sharing capability that sends a link with the exact location and exact angle you were looking from, and the different home tours that let you discover traditional homes around the world. 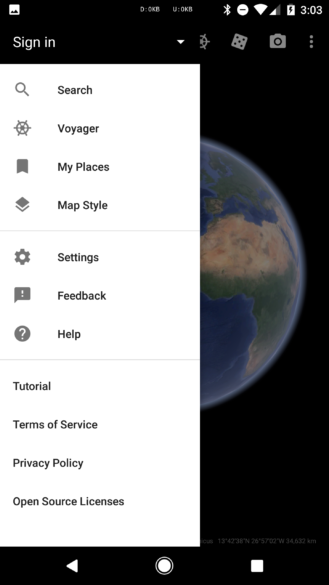 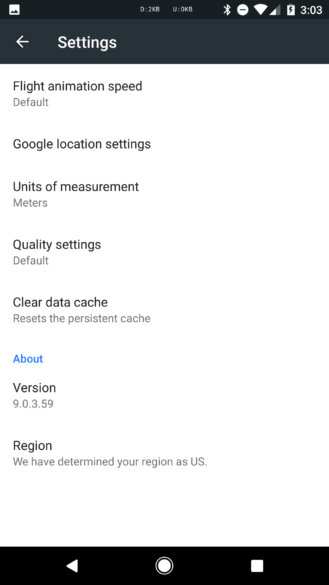 Google Earth was probably one of the most championed apps of the start of the smartphone era in my surroundings. I remember people showing it off to me and bragging about how their phones had "satellite view" and others asking me if I could see my house with my new HTC Desire Z that I was so enamored with then being completely taken aback when I replied with "it could, but I uninstalled the app," as if I'd just committed a capital crime. Now, Google Maps and its endless features has taken a lot of charm from Earth and so has Street View and its guides, so maybe this update could bring back the magical aura that surrounded Google Earth back in 2010-2012.

The new Google Earth will be accessible in Chrome through earth.google.com/web over the next few days (it's live for me already) and the 9.0 Android version should be live to everyone on the Play Store. But in case it isn't, you can grab the file from APK Mirror. iOS and other devices will follow later.