You're a cop — well, a security guard, but you act like you're a cop — working the beat for a low-brow North American airline. Standards have slipped over the years, your idealism long-worn away by the tough airline carpets. You're old and you're tired, and your eyes have grown equally tired exactly when they need to, if you take my meaning. You see what you need to see, and you do what you need to do in those long airport halls at night. Who else are they gonna trust, the TSA?

It's a night like any other night. You walk up to D-17. There's a line of tired people waiting to board a delayed and overbooked flight, each one staring blankly and dejectedly forward, each pair of eyes fixed and unfocused on the back of the head before it. Even misery is too weak a word.

You lean against the counter, intentionally looking away as the gate-agent slips you a $20 bill. You sigh, but grin: overbooked and overworked, just another day. Reaching down to yank at the belt looped to your voluminous khakis, you waddle toward the gate. The game begins.

The premise of the game is highly topical (and hilarious) for anyone who was alive in the last week. You stomp down the plane swinging left or right at paying passengers in an overbooked flight (ignore the empty seats). Tap too early or too late and, as the developer puts it "you won’t remove the passenger, and the airline will not screw over its paying customers!" I suppose it worked better in testing versus beating and dragging bleeding customers from the plane. 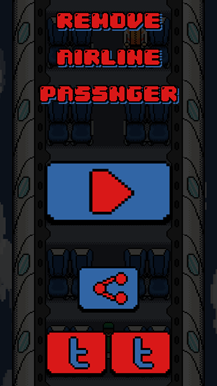 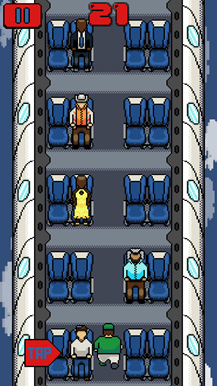 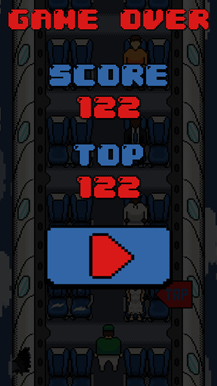 Gameplay is intuitive and satisfying: tap to the left or right of your character as he walks at an ever-increasing pace forward and be rewarded with a satisfying thwack sound at each tap, and an associated pop of dopamine as each successful hit sends an innocent and a small pile of debris through a person-sized hole in the side of the plane. After all, if there's one thing paying airline customers enjoy, it's physical abuse. Galaxy S8 and S8+ review: Another pair of excellent mainstream smartphones from Samsung