Remember the new Play Store "My Apps" screen layout that we spotted in testing in a dogfood version in February? Well, that appears to be rolling out more widely now, possibly even to everyone. You may need to clear the Play Store's app data and restart it to see the change (which might revert you back to the old lime green color for a bit before it switches back to the new darker green, thought I'd warn you), but it should be working for everyone now based on the number of tips we've received and on testing with our own devices. 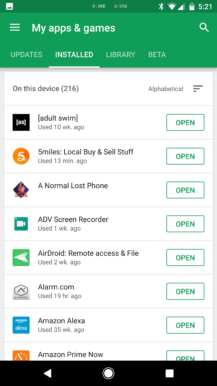 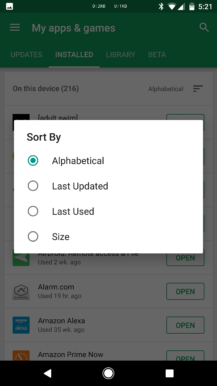 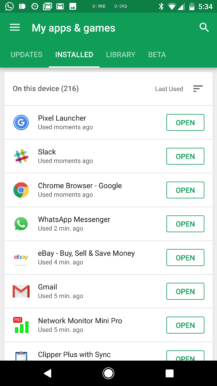 The new layout gives Updates their own tab in the My apps and games screen, renames All to Library, and gives you several sorting methods for the Installed apps (alphabetical, last updated, last used, and size). 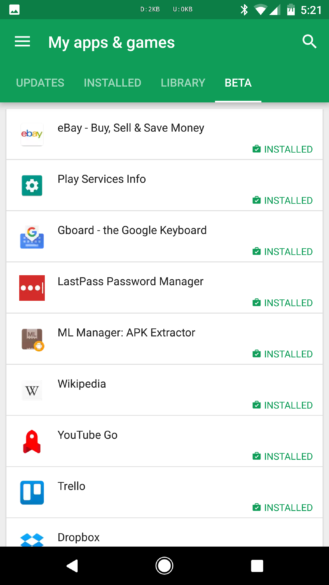 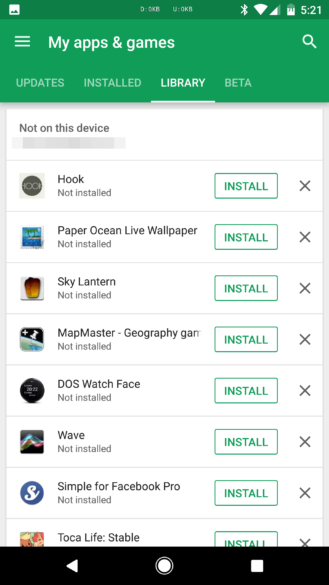 "Beta" is still there (left). "Library" has quick buttons to install or remove an app from your account (right).

There are a couple of other benefits too. One is that it's now easier to update certain apps only, since the Update button is clickable instead of requiring you to open the app's page first then tap on update. Two is that installing apps from your account is more obvious thanks to a new Install button, so you don't need to tap and hold to select multiple apps anymore, you can just scroll and install whichever ones you want. And three is that you can refresh to check for updates instead of having to leave the Play Store and launch it again to trigger a check. 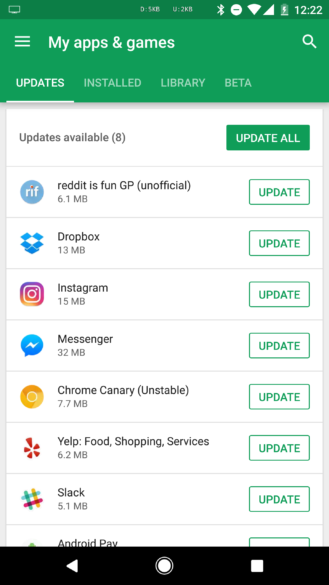 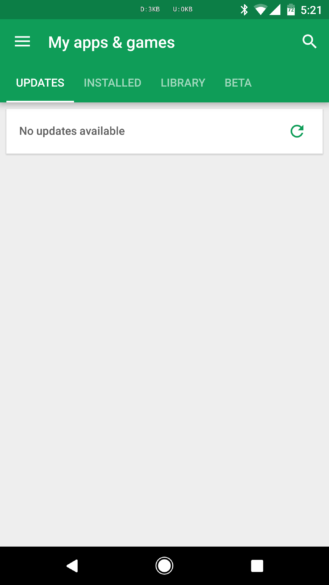 It's easier to update apps one by one (left) and new refresh to check for updates button (right).

Overall, there are plenty of benefits to this new layout and, as far as I can tell, no drawbacks at all. App addicts should find most of the changes very helpful.

The new layout wasn't showing up for me when I opened the Play Store, but as I said at the start of the article, I cleared data and that triggered the new look. It doesn't seem to require the newest version of the Play Store either (I'm on 7.7.08) so you might as well try it with whatever version you're running now to see if it works before updating to the newest one.

It turns out that there is one downside: batch installing apps from you library is no longer possible. Sure, you can still scroll and tap to install any app in your list, but if you want to install several in a row, you will have to deal with a pop-up and a spinning circle, which take way too much time and cause delays.