Google seems to have a problem with keeping testers and customers apart. Last month, the company pushed an unfinished Google Drive for Windows update, causing Drive to break for thousands of users. Now Google has accidentally released a confidential build of the May 2017 security update to normal Pixel XL owners.

We've received a few reports of the update so far, and our own Artem has received the update on his Pixel XL as well. As you can see from the below screenshot, this was clearly not meant for public release: 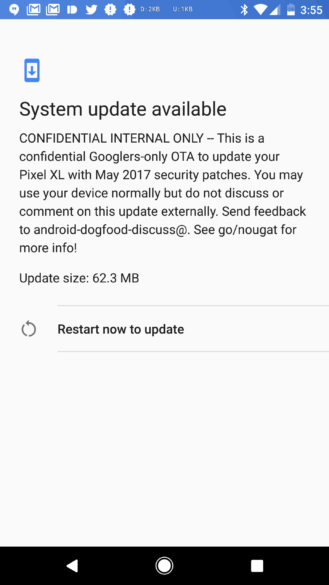 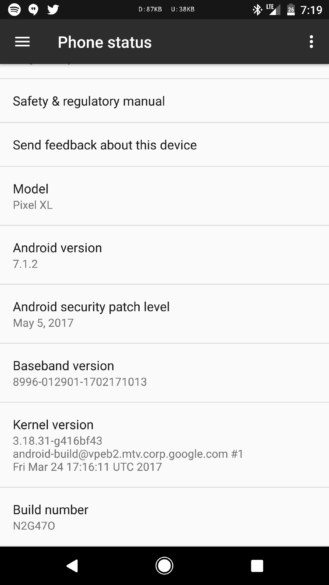 There isn't any user-visible changes in this update, which has a build number of N2G47O. One tipster said he received the new Play Store UI after updating, but that's likely just a server-side change that was flipped by coincidence. Let us know in the comments below if you see it on your phone.