Changing your network settings, especially on a per-device basis, isn't easily possible unless you have a newer router - like the Google Wifi. For Xfinity customers using one of the standard Wireless Gateways, you could change basic settings from the Xfinity Account app, but not much else. Now Comcast has released a new app, xFi, that gives customers far greater control over their home network.

The new app relies on some of Comcast's newer modems - namely the Wireless Gateway 3 (excluding TC8717) and Advanced Gateway. If you're not sure if you have the right device, check this support page. If you have an older model installed, you can schedule a technician to install the new router or install it yourself. 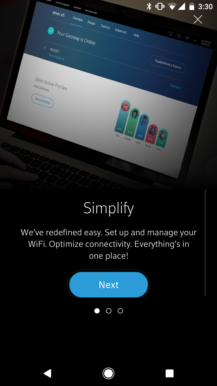 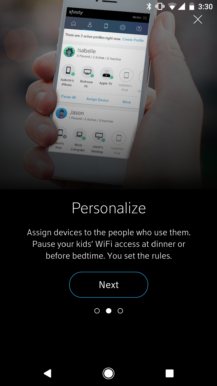 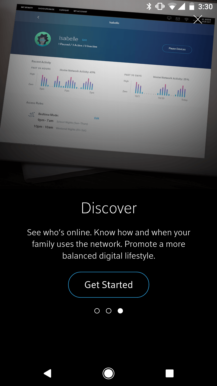 Once you're rocking a compatible router, just grab the xFi app (linked below) from the Play Store and log in with your Xfinity account. The app allows you to see network activity, change the Wi-Fi network settings, and view all the devices on your network. 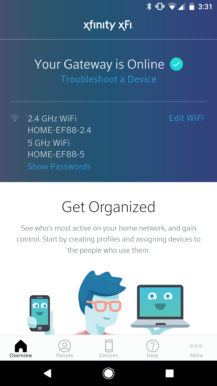 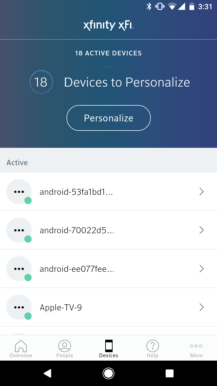 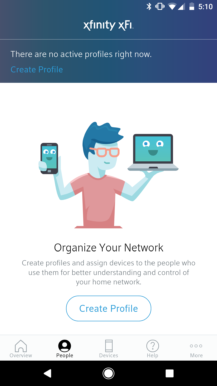 One of the more advanced features is creating profiles. You can assign devices to profiles (representing family members, for instance) to get a better sense of your home network activity. If Comcast is enforcing the stupid 1TB cap on your home, this can probably help you figure out who is watching too much 4K Netflix.

If you want to try it out, you can download it for free from the Play Store below. As previously mentioned, this requires a compatible Xfinity Wireless Gateway to work properly. In-depth details about the new functionality can be found here. 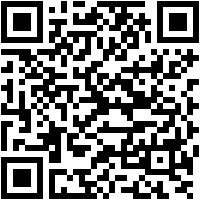 PHILADELPHIA--(BUSINESS WIRE)--Comcast today launched Xfinity xFi, a new and personalized Wi-Fi experience that provides a simple digital dashboard for customers to set up their home Wi-Fi network, find their password, see what devices are connected, troubleshoot issues, set parental controls and even pause Wi-Fi access on their home network during dinner or bedtime. xFi gives customers unprecedented visibility and control over one of the most important technologies in their home.

The xFi experience can be controlled via a mobile app, website and on the TV with the X1 voice remote. To get started, customers simply need to visit www.xfinity.com/myxfi or download the xFi app (for iOS and Android). xFi is now available to the 10 million Xfinity Internet customers with a compatible Xfinity WiFi device - the xFi Wireless Gateway or the xFi Advanced Gateway - and comes at no extra cost.

This year, 86 percent of in-home broadband use will travel over Wi-Fi, and by 2020 Americans will have an average of 50 Wi-Fi connected devices in their homes. With this unprecedented level of Wi-Fi usage and connected device ownership, xFi simplifies the home network experience and provides many consumer benefits, including:

“The adoption and use of connected devices has grown dramatically and Comcast has created a solution that makes it easy to control and manage them,” said Eric Schaefer, Senior Vice President of Internet and Communications Services for Comcast Cable. “xFi is a personalized home Wi-Fi experience that gives customers the fastest speeds, best coverage and ultimate control in their homes. And it’s a platform that will allow us to bring future innovations to our customers, address common pain points and vastly improve the way millions of people interact with their home Wi-Fi network.”

As part of the xFi launch, Comcast is renaming its most popular wireless gateway device. The xFi-enabled device that is in 10 million homes today will now be called the “xFi Wireless Gateway.” The company is also introducing a new “xFi Advanced Gateway” to customers on the fastest speed tiers. The xFi Advanced Gateway will be the primary device Comcast uses to provide one-gig speeds to customers – it is capable of delivering gigabit speeds over Wi-Fi and supports Xfinity Voice, home security and automation applications.

As the company upgrades more of its devices to support xFi, adds new customers and rolls out the xFi Advanced Gateway to more people, Comcast expects the number of xFi-ready homes to increase to about 15 million by the end of 2017.

Later this year, Comcast will launch no-configuration, adaptive xFi pods that can be paired with either the xFi Wireless Gateway or the xFi Advanced Gateway, which will help customers extend their Wi-Fi coverage to even the most remote areas of their homes. The company has made an investment in Plume, a leading developer of distributed Wi-Fi software and systems, and is working with them to combine the technologies of Plume and xFi into a unified experience that improves throughput and consistency to individual devices and provides even easier and more seamless whole-home Wi-Fi coverage.

Comcast is the nation’s largest internet provider and offers one of the nation’s fastest in-home Wi-Fi experiences. The company’s Wi-Fi network has more than 16 million hotspots spread across U.S. homes, businesses, and outdoor locations.