With all the talk about the Galaxy S8, you may have missed Samsung's latest milestone. For the first time, one of its Play Store apps reached one billion installs. Given its 4.1 star rating and over half a million reviews, it is surprising it took this long.

According to reviews, the "Samsung Push Service" is an incredibly useful app that has seemingly flown under the radar for years. As its name implies, it appears that Samsung has developed a powerful tool that provides a push in all aspects of your life. After its March 21st update, users continued to pile on the praise for this innovative app.

Some of the app's utility includes a CPU cooler that actually works: 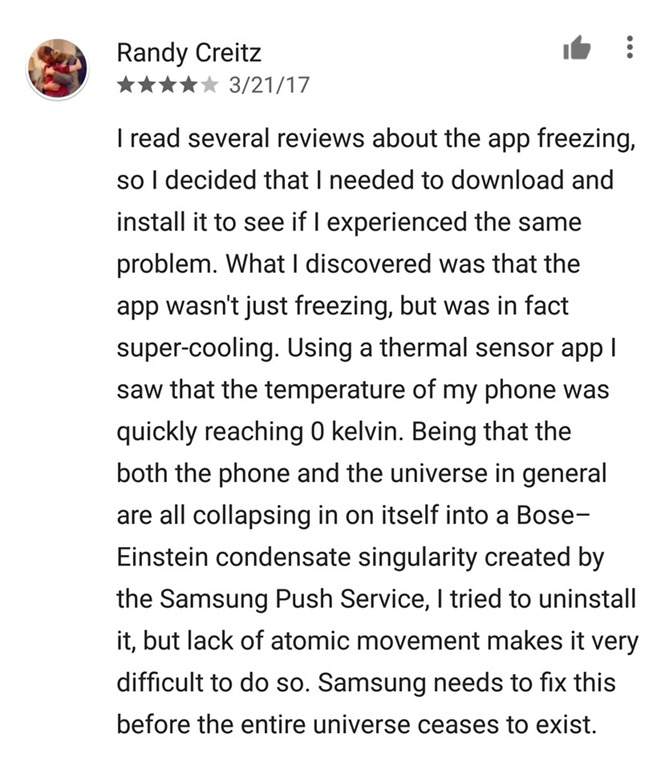 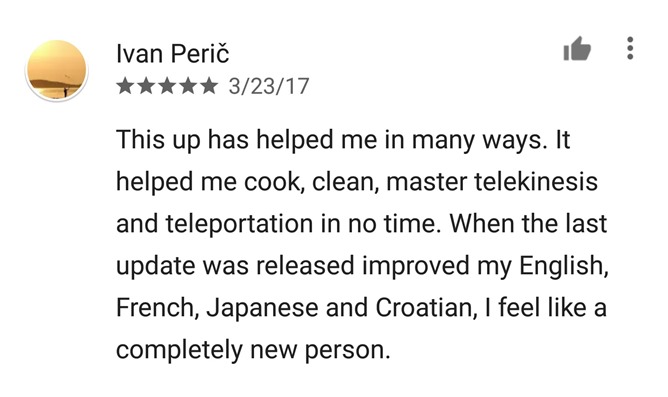 Samsung is clearly watching these reviews. It wasn't very long after this post that Samsung added its online doctor feature:

I am considering taking this app out on my next mountain trek to test its stability improvement system. Watch for that review. 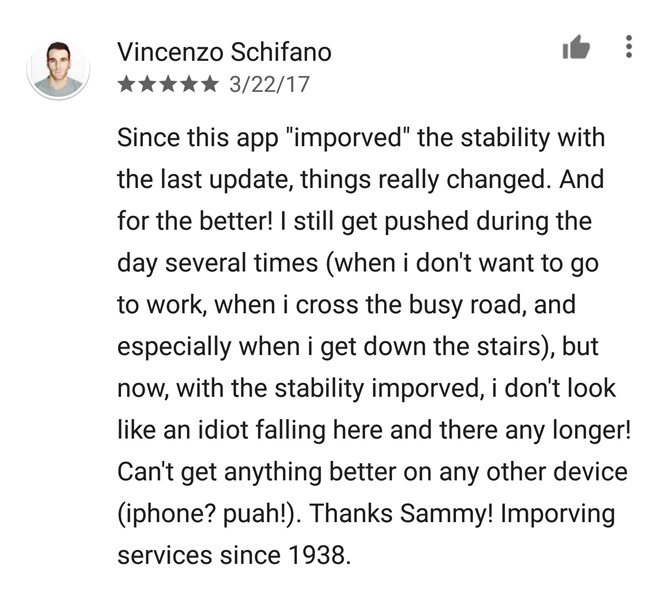 James Shank, whose lower half works as a paralegal, experienced a miraculous recovery from the app: 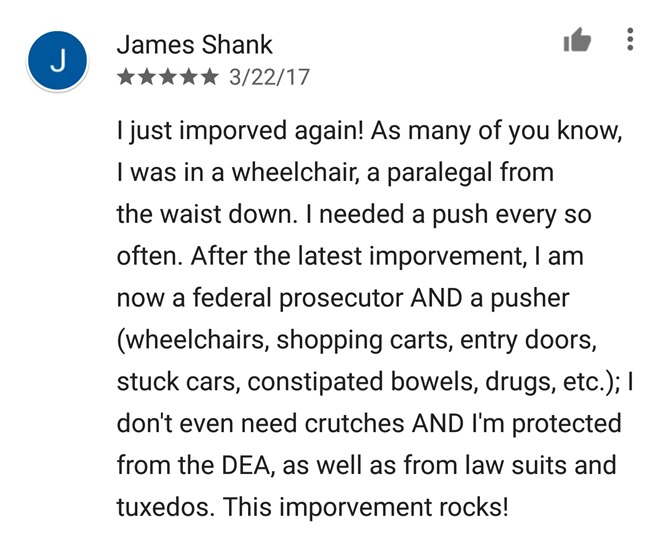 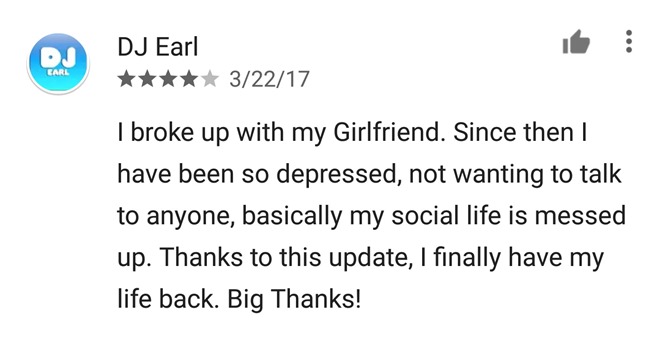 I had no idea of the impact and scope of Google's "Be together, not the same" campaign: 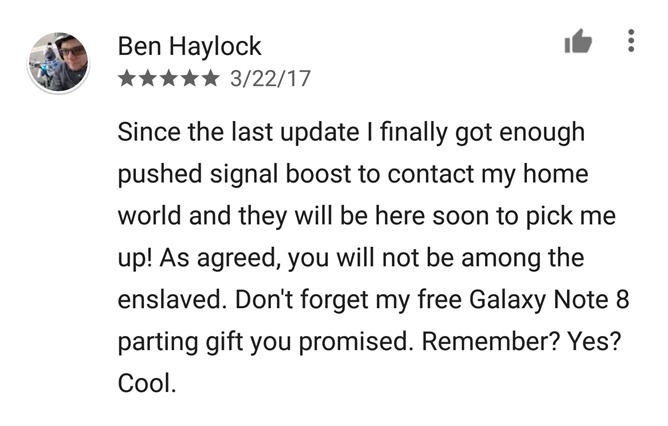 The wheel, electric light, combustion engine, sliced bread... Once the word gets out, the Samsung Push Service may become the world's greatest invention. 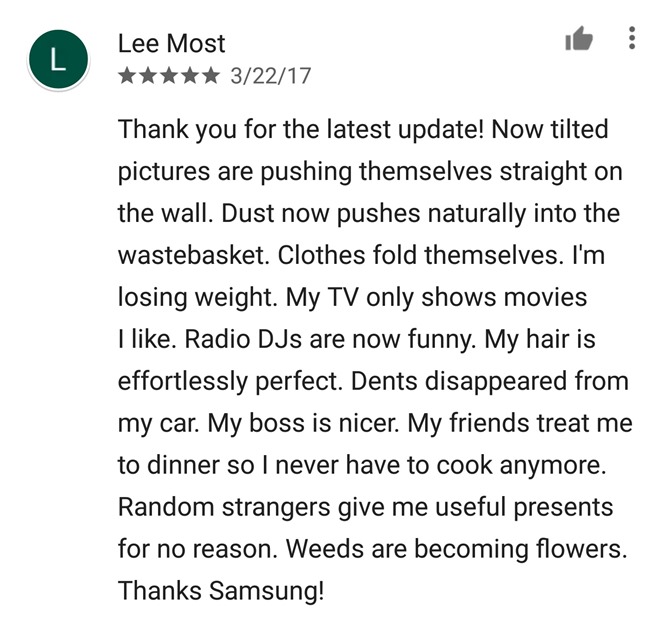 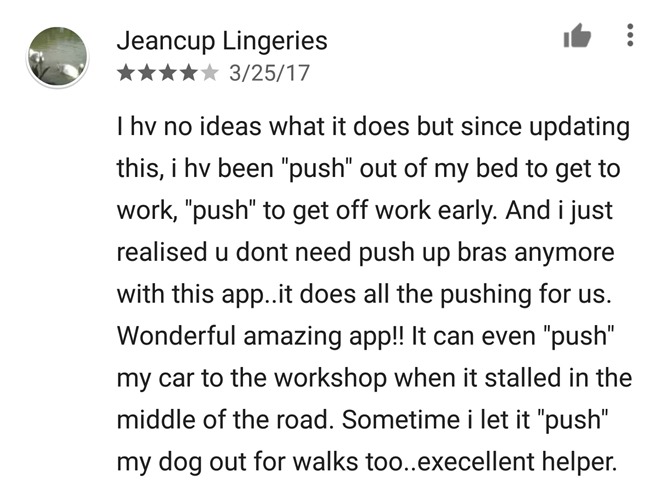 Despite its myriad uses, some reviewers boldly request even more features: 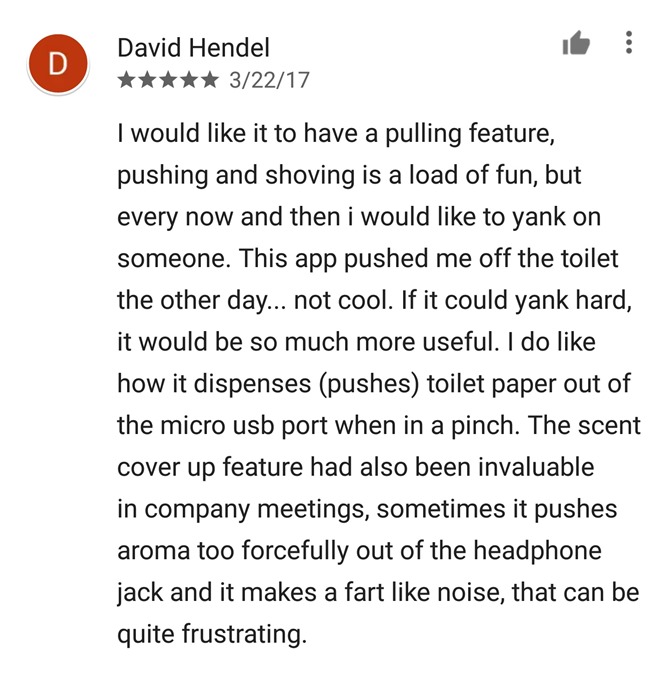 Apparently, there is some risk involved. Maybe Samsung should consider a disclaimer on their app listing. 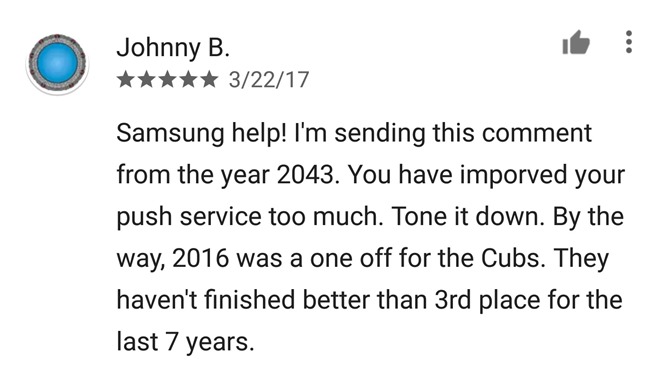 The fact that Samsung misspelled the word "improve" in the latest release notes did not go unnoticed either:

Some users expressed their dissatisfaction with where Samsung was directed their efforts: 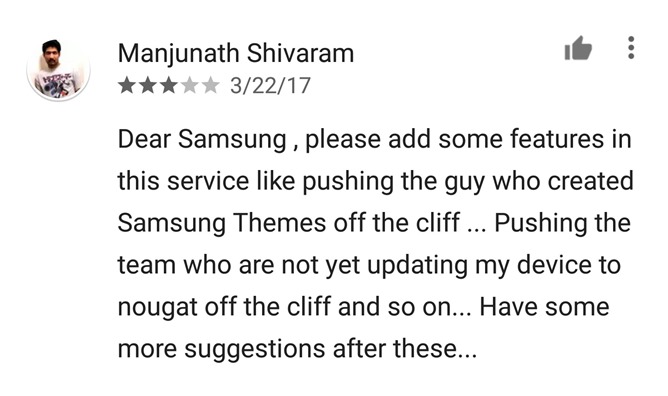 Of course, in the end, there is always someone who takes things a little too seriously:

Samsung is clearly hoping to keep all of these enhanced features under wraps for now. It still describes the app as a service that provides the notification service only for Samsung services. Don't be surprised if Samsung uses an announcement about this app to draw attention away from its failure to launch Bixby, its new voice assistant, as users get the Galaxy S8 into their hands.

Note: As a rule Android Police neither condones nor encourages leaving fake reviews or ratings for an app on the Play Store. Even if some of them are really funny. 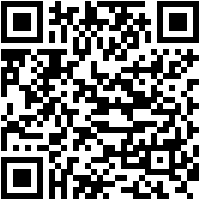 People folders in Google Photos are disappearing for some, Google is on the case

The Moto Z2 Force likely won't be a Verizon exclusive