The device itself is a fairly sleek looking 4K set-top box powered by Android TV, with Chromecast functionality also built-in. Out of the box, Internet TV will allow users to stream content through included apps such as Netflix and YouTube, plus with easy access to Google Play you'll be able to download and enjoy many more apps and games. The headline feature, though, is its integration with regular Indian digital TV services, offering the myriad TV channels users are usually able to receive through other set-top boxes. In that respect it’s possibly the first device of its kind, marrying Android TV with local digital TV capabilities. 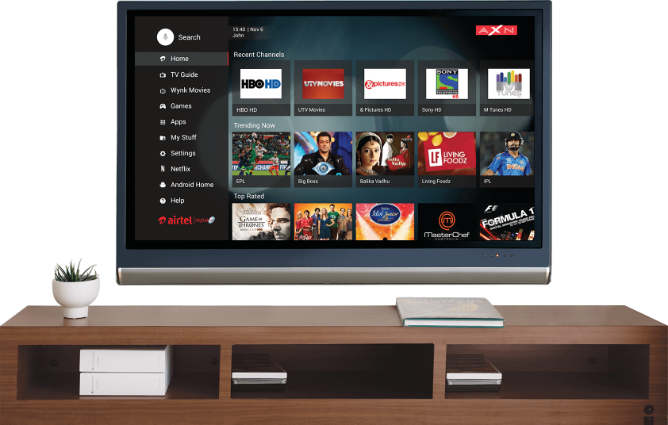 Among the other impressive features listed, it has 4K capability and Dolby Atmos audio, as well as more commonplace DTV capabilities like pausing and recording live TV. The main hardware is also complemented by a remote featuring Google Voice Search, offering super-fast access to all your apps and services, plus a gamepad app turning your mobile phone into a gaming controller that syncs with the box. Connecting to the internet is a cinch with either WiFi or ethernet, plus you can connect up a gamepad, headset, or keyboard via Bluetooth. You can check out the other specs below.

Right now Airtel is offering the device with a 3 or 12-month subscription, costing Rs 4,999 or 7,999 respectively. That 12-month deal is a limited time offer, though, so you’ll need to snap it up quickly before the price is hiked up.