Neither of Sprint's update support pages for the S6 Edge or the S6 have been updated to include it, but several users have reported seeing the updates hit today for both devices. If you're riding the S6 your version will be G920PVPU4DQC7 and around 1068MB, and if you are using the S6 Edge keep an eye out for G925PVPU4DQC7 which is 1080MB. Neither device has seen an update since February, so even if the new features in Nougat don't excite you, the included monthly security patches should at least make you a bit more comfortable. 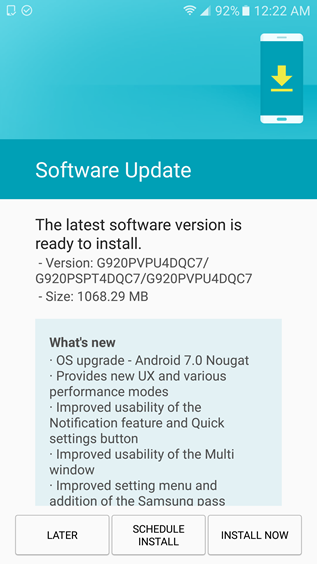 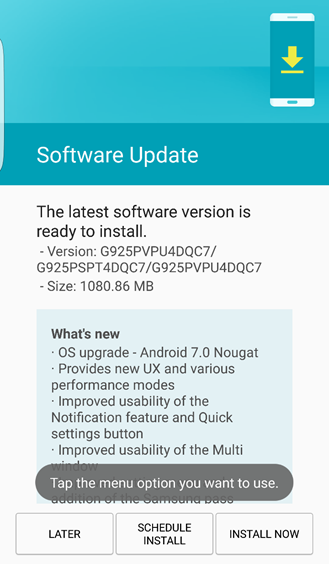 We don't have the text of the update description yet, but once Sprint's site is updated we'll be sure to add it.

Nougat updates have been coming hard and fast lately, so let us know if your device has received the Android 7.0 goodness down in the comments.

TP-Link gets into mesh routers with the Deco M5

[Deal Alert] Check out these cheap and temporarily free apps, games, and icon packs from the ...