The One M9 wasn't a particularly successful phone for HTC, but that doesn't mean owners should be left in the lurch. Sprint and HTC are sending out a Nougat update to this phone. It's 1.02GB in size and brings with it the February 2017 security patches.

The nougat update on Sprint comes with version number 4.27.651.4. You probably have the gist of Nougat by now, which includes split-screen apps, customizable quick settings, and more. The M9 update also includes vague "system performance enhancements." 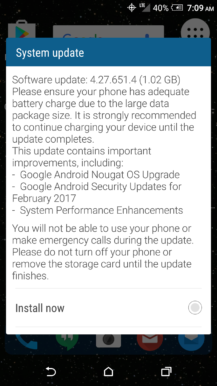 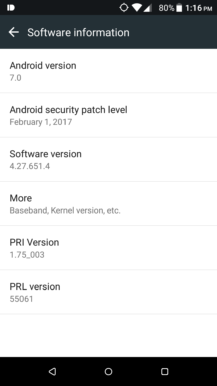 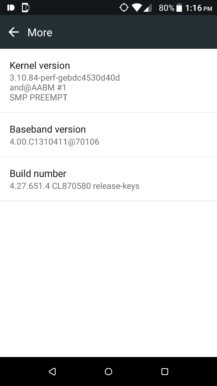 We've just passed the two year mark for this phone, so this will most likely be the last major update it gets. You might be able to eke a little more life out of it thanks to the Nougat update, but a new phone is probably in your not-too-distant future. Still, it's nice HTC and Sprint have continued to support this phone.

[Deal Alert] Check out these cheap and temporarily free apps, games, and icon packs from the ...