A new version of Gboard hit the stage late Wednesday night, and this one is absolutely packed with great improvements. The toolbar is now configurable, making space for an entirely new tool for editing text and navigating the cursor. One-handed mode now allows for resizing and positioning the keyboard. There's also a stack of newly supported languages from Assamese to Waray. The teardown isn't empty either, as there are signs Google may be planning to merge in the Handwriting keyboard and introduce an Incognito Mode.

Google just posted a changelog for GBoard. Yeah, it's about three weeks after the app update began its rollout. It turns out we got pretty much all of the notable changes, but Google also put up a blog post featuring some pretty cool language enhancements. 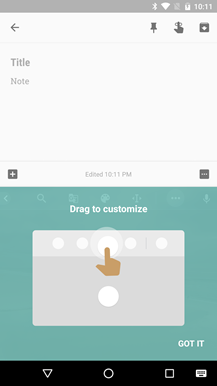 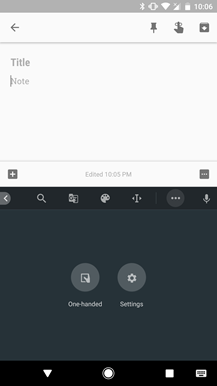 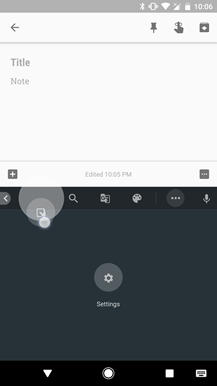 The toolbar on Gboard is probably one of the most easily overlooked features, but it contains some pretty useful capabilities like quickly opening translation or switching themes. With this update, it's gaining a little more flexibility. Open it up in this release and you'll find a new 3-dot menu button hanging out near the right side next to the voice dictation button. This opens a screen with additional "extensions" that you can launch. These extensions can also be pulled from this overflow list and placed in the main row for easy access.

There are a couple of things to be aware of if you want to avoid frustration. First, the 3-dot menu doesn't appear if you've got the 'G' search button enabled. Just switch modes in Gboard Settings (long press the comma and slide over to the gear) –> Search –> Show "Search and more" button. (Yeah, by the way, that toggle has been renamed.) Once you've made adjustments, the new order of the buttons will persist if you switch back to showing the 'G' button.

Another issue appears when you actually try to drag items off of the toolbar or rearrange them. The only way to adjust buttons once they're in the toolbar is to drag another button from the overflow list to the toolbar and slowly knock items off the right side.

Note: In case you're confused about where to find the toolbar. There's a little arrow button to the far left of the word prediction line. Tap that and you'll see the toolbar. If there's a 'G' button there instead, follow the instructions above to switch away from it. 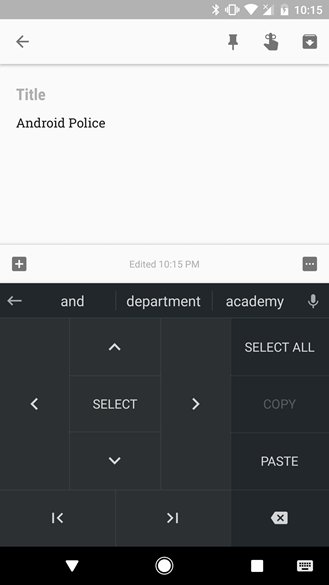 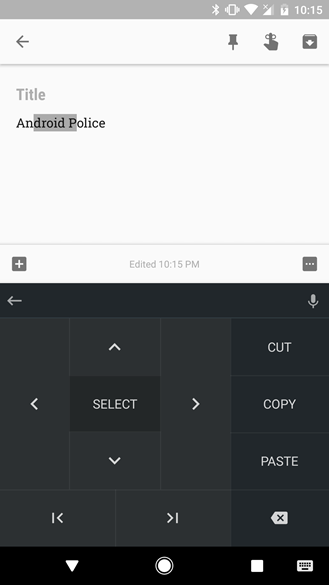 Thanks to word prediction, auto-correction, and swype-style gesture typing, people can make words happen really fast on a touchscreen. Things aren't quite as fluid if you need to move your cursor around in a body of text. The drag selector can work, but it's finicky and sometimes jumps a letter over from where you want to be; and swiping side to side on the spacebar is only marginally better. Sometimes you need the precision of real arrow buttons. The new Gboard brings a new Text Editing tool that quickly solves this problem.

Check the toolbar (described above) to find the Text Editor – the icon looks like a text selection bar. The editor has up/down and left/right arrows, buttons to jump all the way to the left (home) or right (end), a "select" button to begin selecting text at the current position, a button to select all text, and cut/copy/paste buttons. 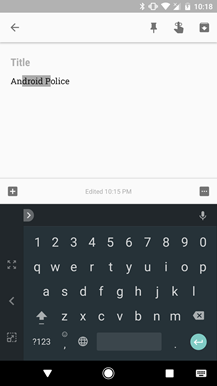 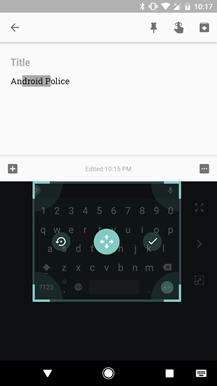 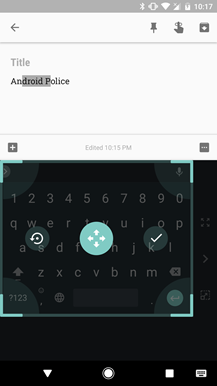 A little more customization can be found in one-handed mode. Switch over and you'll find a new button that allows you to reposition and resize the keyboard. however you like. A drag handle pops into the center and all four corners so it can be adjusted quite a bit. If you don't like your changes, there's also a reset button to go back to the default. 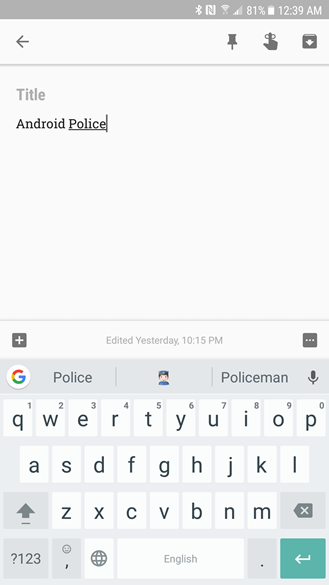 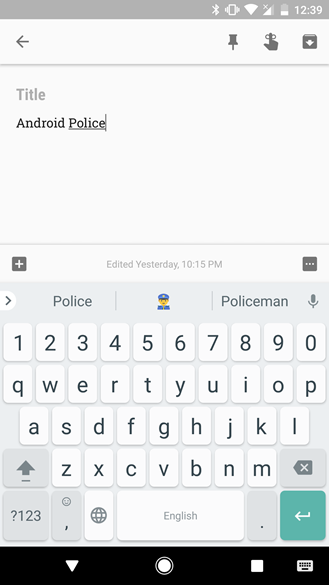 If you're using button borders on your theme, you'll probably also notice the buttons pop off the screen much more than they used to. That's because key borders are now rounded and present a much more visible shadow than they used to. If you like the look, just go into the keyboard settings, pick a theme (it can be your current one), and flip on key borders. – Thanks, DavidJ!

If you've felt left out because a language you use wasn't previously covered by Gboard, there's a fairly massive list of newly supported languages. Also, many of the languages, old and new, now come in both Roman characters and their native character set, so it's worth looking through the list on your device to see if you might actually have access to something more suited to your needs. Many of these also come in multiple dialects.

Google's Handwriting Keyboard is pretty cool, but a lot of people don't really seem to use it that often. Judging by a few new strings in the app, it looks like Google may be planning to do away with the secondary keyboard and merge its functionality into the Gboard app.

The new text isn't exactly extensive, nor does it suggest there is any new functionality for the handwriting feature that isn't already in the dedicated keyboard, but it would be good to see one fewer app roaming around on the Play Store.

Likewise, the ability to draw emoji will also make the jump.

Every once in a while, you might find yourself typing in words that you don't necessarily want to have recorded into your word history or personal dictionary. We won't speculate too much about what those might be, but the important part is that you might feel compelled to switch to another keyboard to maintain this added degree of privacy. Gboard is going to cover this situation in the near future by introducing an incognito mode. 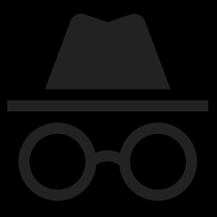 It doesn't appear to be live yet, but this is probably a welcome feature, even if it's just to avoid letting a one-time use term from wiggling in. After all, who wants that one random meme to pop up in recommendations for the next three months, especially if you only used it as a joke. <– Yes, it happens.

The Yoga Book Chrome OS model may have been cancelled