Welcome to the latest entry in our Bonus Round series, wherein we tell you all about the new Android games of the day that we couldn't get to during our regular news rounds. Consider this a quick update for the dedicated gamers who can't wait for our bi-weekly roundups, and don't want to wade through a whole day's worth of news just to get their pixelated fix. Today we've got a free movie tie-in brawler for King Author, an intuitive arcade rythym game, a console quality open-world pirate RPG, a fully licensed MLB game, a minimal logic puzzler, and a deep RPG-based tapping game. Without further ado:

Sure, King Arthur may be a movie tie-in game released by Warner Bros. International Enterprises but that does not mean it isn't fun to play. Normally such an egregious advertisement isn't all that interesting, but Warner Bros. has seen fit to offer a short yet entertaining brawling experience. Taking advantage of swipe-based combat the touch controls for King Author are actually quite responsive. You can tap on the screen to where you want your character to be positioned as well as swipe specific directions on your opponents in order to perform particular moves. There is also an upgrade system for you maneuvers that will take some time to complete, giving a good reason to visit the game more than once. All in all, this is a completely free game with no advertisements or in-app purchases. I see no reason not to give it a try. Oh, and a bonus for all of you Daydream users, there is a free VR version you can play too! 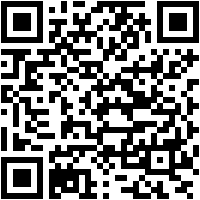 Neogen Beatz is listed as "unreleased" on the Play Store so there may be a few things to keep in mind when considering this game. Currently, it is showing that it contains IAPs and advertisements, yet there are no IAPs to be found. What I am not sure of, is if the IAPs will be added when the game officially releases, or that they are just listed as an error. Only time will tell. Despite the IAP discrepancy, this is actually a pretty solid rhythm-based arcade game. The controls are tight and responsive and it allows you to even use your own musical tracks. In its current form, Neogen Beatz is completely free with ads between rounds as well as ads that can be voluntarily watched in order to continue where you last died.

Neogen Beatz is an arcade with neon lights, fluid gameplay and high speeds and all interacting as one with the mesmeric visual style and accompanying music. Choose Your Favorite track from Your device and Feel how the Music pulses through the astonishing unique neon backgrounds, while you are playing the game♫♪♫♪. Match the neon figures as they fallout, with the cells in the bottom, test your reaction and beat the highscores to unlock new modes. 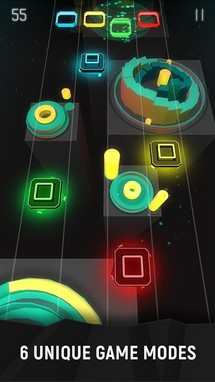 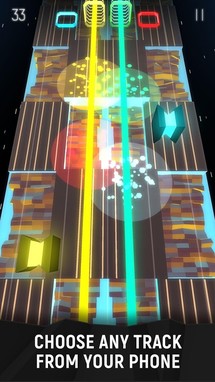 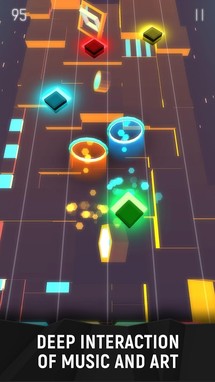 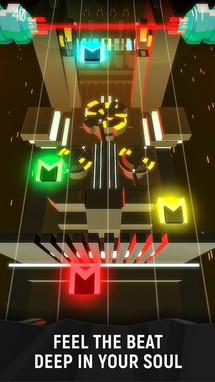 For those of us always on the lookout for console experiences on Android, it can be a tough wait. Thankfully today we have an "unreleased" game trying to break through. Titled Tempest: Pirate Action RPG, this is actually a port of the PC game Tempest, a pirate-themed action RPG. That is right, this is a full-fledged experience ported to mobile. Currently, there are no advertisements or in-app purchases in the game. It is priced at a single cost of $0.99 and there are no advertisements or in-app purchases. To get in early on a game of quality that does not seem like such a high price to ask. One thing to keep in mind, since this is an unreleased title there may be bugs and other issues to contend with until it is officially released.

An adventure RPG that won the hearts of over 50.000 Steam players is now on your mobile. Become a daring pirate, prowl the seas on a ship armed to the teeth, trade, and assemble your crew from the best cutthroats, defeating other pirates and legendary monsters such as the Kraken, the Leviathan, and others still unknown to science in naval warfare. You will need a massive arsenal: cannons, mortars, flame throwers, and a lot of other various rigging. But you will only earn the most devastating sea artifacts for completing difficult and interesting multilevel quests. It must be the start of baseball season seeing that R.B.I. Baseball 17 just released. Yet another game that has the advantage of the MLB license, R.B.I. Baseball 17 has the convenience of coming straight from the MLB themselves. As you would expect, this features an all new roster for the current season. You also get a simpler experience than what the console game offers. There are only two buttons to use during play, which as you can imagine dumbs things down a bit. Though, it does make the game more accessible and intuitive for control on a touchscreen. A big advantage to R.B.I. Baseball 17 is that it is a completely paid upfront game. At a single price point of $4.99 you get the entirety of the game without worry of advertisements or in-app purchases. In Griddle Speed Puzzle you are tasked with creating a particular shape by moving around lines in a set grid. The trick is that you need to do this within a time limit. This is where the game gets difficult. Luckily there are extra time cards you can earn by completing these puzzles. Cashing in these cards will garner you more time to solve a particular puzzle. This is also how the game is monetized. You can purchase boxes of these extra time cards with differing in-app purchases. These IAPs run as high as $13.99 per box but luckily I have yet to come across any puzzles where I run out of time. Your mileage may vary of course.

Logic puzzles are good practice for your brain on attributes like memorization, spatial reasoning and patience. Regular daily dose will contribute into one’s logical thinking and problem solving skills making you more focused and an expert puzzle solver. (No doctors were harmed in making of this testimony. Gameplay is mixture of 2D Rubik’s Cube and Tangram -style speed puzzle with booster cards. Complete the patterns against an unrelenting time pressure or become to true mastermind by solving the puzzles with optimal moves. Griddle – Speed Puzzle. Anybody can play, but only a few can master it. 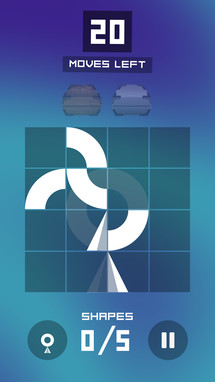 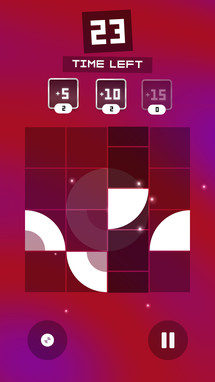 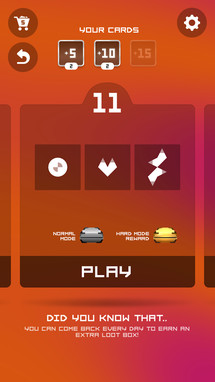 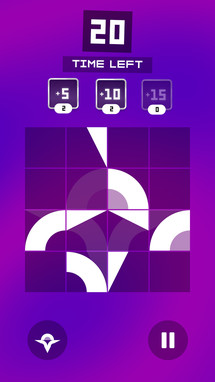 Tap Summoner is something of an interesting free-to-play title. It is a tapping game at its core but it has added some depth to add longevity to the gameplay. Utilizing cards that you earn through playing you can build out a personalized team of master and minions. It is through this combination of customizations that you get a feeling of individuality in your team's design. It also gives you something to strive for, unlocking the next card to add to your team. There are a few issues with the gameplay, though, as you will run into quite a bit of lag. I also feel that the game's intro explanation of the gameplay was a bit disjointed. Not to the point that I couldn't figure out how to play, just that it didn't make everything clear at first. Overall Tap Summoner is a solid effort, it just needs a few fixes and tweaks. Since this is a FTP game there are advertisements and in-app purchases included. The IAPs go as high as $18.99 and the ads are all optional.

Tap Summoner is a mobile RPG Tower Defense and Offense action collectable card battle game with real-time fast paced tapping combat. This game is focused around tapping your screen repeatedly, in so summoning minions to attack the enemy in a Clash Royale. Tap Summoner would be a great alternative to fans of Clash Royale who are looking for a new collectable card battle, tower defense and offense game. 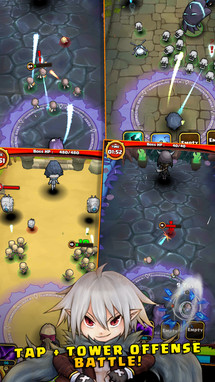 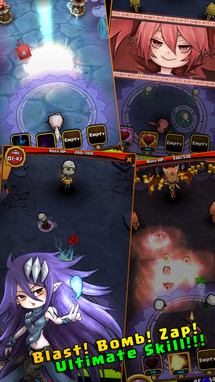 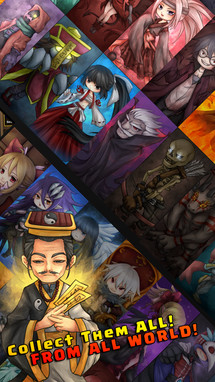 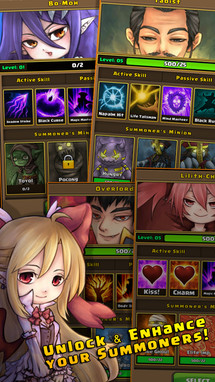 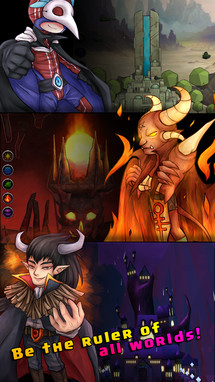 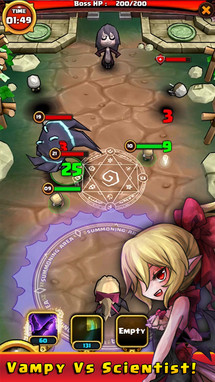 Because Android: Someone already figured out how to remap the Galaxy S8's Bixby button