After the public release of the LG Watch Style and Watch Sport, the first watches running Android Wear 2.0, many wondered when the update would reach other watches. Over the past two weeks or so, the update has finally started to roll out, and the LG G Watch R and LG Watch Urbane (1st Gen) are up next.

Several Watch R and Watch Urbane owners have confirmed the update is reaching them. Here is a picture sent to us of the Urbane running Wear 2.0: 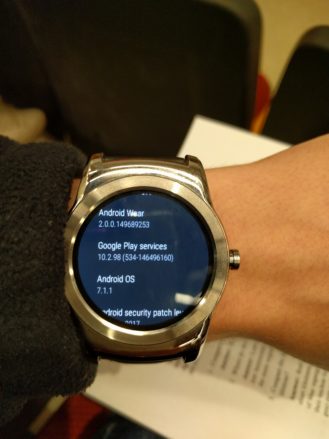 This appears to be the third 'batch' of watches to receive the update. The first was to the Fossil Q Founder, Casio Smart Outdoor Watch, and TAG Heuer Connected. A few days later, Android Wear 2.0 began to rollout to some Fossil, Michael Kors, Nixon, and Polar watches.