You know what's better than three cameras on a phone? That's right, four cameras on a phone. That seems to be the logic behind Alcatel's just-announced Flash smartphone, and — at least on paper — it's hard to argue with the math.

The new smartphone is the result of what was probably an inevitable match-up between a device with two rear-facing cameras and one with two front-facing cameras (remember the LG V10?), making it the first in the world to sport four lenses. The two cameras on the rear each house a 13MP sensor, while the two on the front comprise a 8MP+5MP combo.

The advantages of having two cameras on both the front and back of the device are pretty much what we've come to expect: Alcatel touts the phone's "Super Selfie Mode," which lets users blur either the foreground or background of a selfie via using software, giving the picture the illusion of a shallower depth of field. 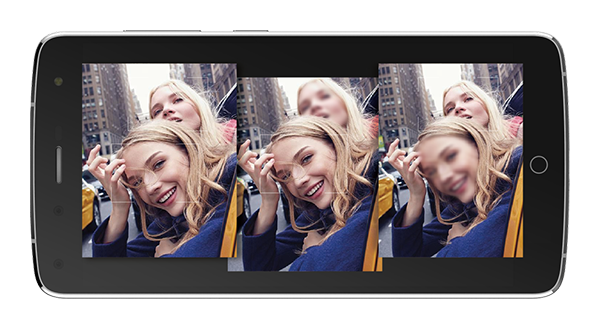