We've gotten a few reports in recent days that Motorola's latest budget phone is hungry. Hungry for what, you may ask? SIM cards. Several reviews on Amazon allege the G5 Plus SIM card tray is defective and causes SIM cards to become lodged in the phone. Having a Moto G5 Plus at the ready, I'm struggling to figure out how anyone can get this wrong.

The Moto G5 Plus is the first G-series phone to have a pop-out SIM card slot like the more expensive Motorola phones. This is necessary because the back panel is no longer removable. I've always liked Motorola's SIM/SD slots because the cards clip in firmly for easy loading. Honestly, I've never had to look at the directions to use them. However, Motorola made the mistake of including the diagram for the international dual-SIM variant in the manual. That's a problem, and it should be fixed. At the same time, it should be obvious how the slot works by looking at it. 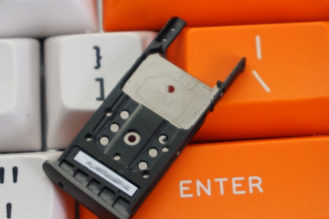 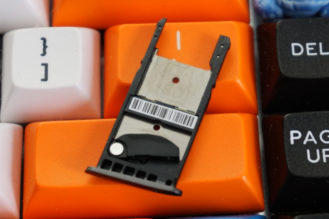 As you can see above, the US market has a single SIM version of the phone. The SIM holder is keyed so the card only fits in one way. There's also a diagram on the SIM holder itself that shows you how to insert the card. On the back of the holder is where the microSD card lives. I can only assume people are trying to put a second SIM in this area (forcing it, really), and it's getting stuck in the phone. No surprise there. Again, there's an SD card diagram etched in, and the space is keyed to only hold the microSD card.

Moto owns some of the blame for using the wrong diagram in the manual, but people need to take a step back and think about what they're doing. Does it seem like you're breaking stuff? Okay, don't do that.

Android has overtaken Windows for the first time as the most popular OS in total internet usage ...