Android Auto doesn't boast new features all that often, which is part of the reason many people became excited when a roadmap including some of the most requested improvements was announced at last year's Google I/O event. One particular item, Waze integration, had fans of the navigation app ready to sing. However, the months wore on and news about the pairing dried up. That is until today. Members of the Waze Beta Community have been receiving emails asking if they would like to participate in testing out the new capabilities. 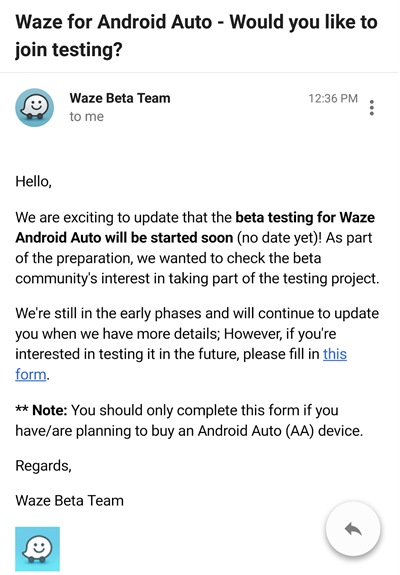 As the email shows, beta testers are being asked to apply through an online form. It doesn't mention if there is a limit to the number of testers that will be accepted or when the tests will begin. 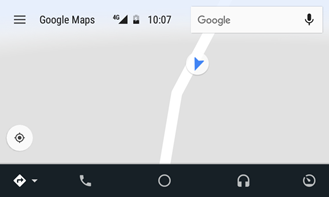 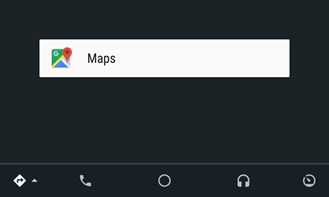 The last clue to appear about Waze integration was back in early February when a selector arrow appeared next to the Navigation button. Tapping on it while viewing navigation would open a list containing only Google Maps.

It might be too late to join the Beta Community and get in on the Auto testing – or not, I wouldn't really know – but you can sign up here if you'd like to take part in testing new features before they go to the wider audience of users. 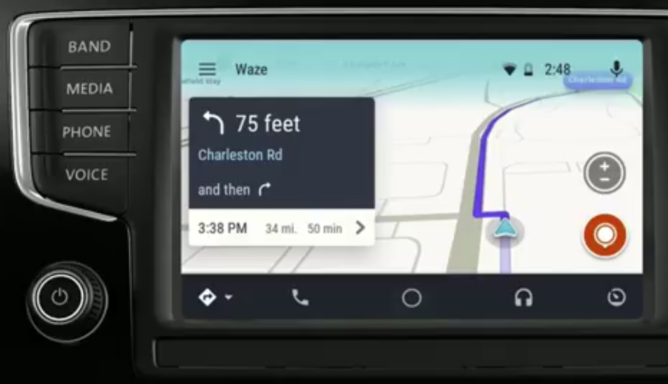 This doesn't give us a timeline for Waze to become an official alternative to Google Maps, but it definitely suggests we'll hear more about it in the coming months. Perhaps it will make an appearance on stage at Google I/O.