If you're looking to save a few bucks here and there, discounted gift cards are a pretty reliable method to spend a little less in the long run if you don't mind shelling out some cash up front. Some people adamantly refuse to spend money on apps and subscriptions, but many of us expect to buy things from the Play Store, so a good deal on store credit is hard to pass up. Costco is currently offering $100 gift codes for $82.99 (online) and $50 cards for $41.99, or even $39.49 in some cases (online and in-store).

Just remember, you can't use Google Play credit on device purchases, so this isn't a sneaky way to get a better deal on Pixel phones. However, you can use that money on apps, in-app purchases, movies, books, and even subscriptions like YouTube Red and Google Drive Storage plans. 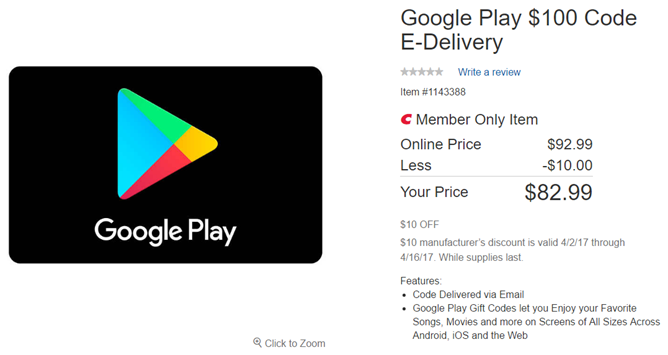 If you're a big spender, $100 codes are available direct from Costco online for $82.99. This is $10 off the normal member price, and as you might expect, this is still only available to members. The codes go directly to your email address. This discount is available through April 16th. This deal may also be available in-store, but we haven't seen confirmation. 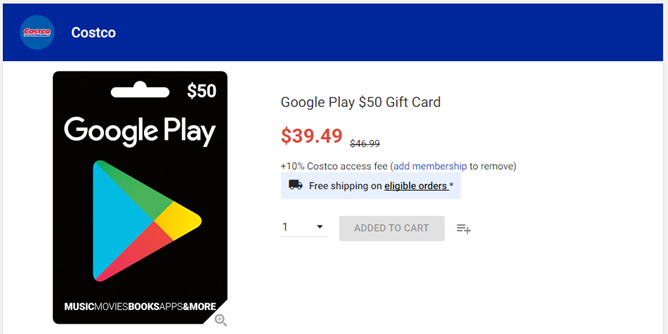 The situation with $50 cards is a bit more complicated. To begin with, some people are seeing them for $41.99 ($5 off), while some lucky individuals are getting an even better deal at $39.49 ($7.50 off), which just barely breaks the general rule that gift cards don't usually go below 20% off. We're not sure what determines which price shows up, but it looks like it might be linked to the state you're in.

The second variable is how and where you buy the cards. If you're not near a Costco store, you can order online through Google Express. But this method comes with a catch: If you're not already paying for a $95/year subscription to Google Express, there's a delivery fee attached to each shipment, and that will probably negate your savings. (Note: 3-month free trial available, as shown in the screenshot below.) Keep in mind, this method doesn't require a Costco membership, but non-members will also be charged an additional 10%, which would also negate your savings. 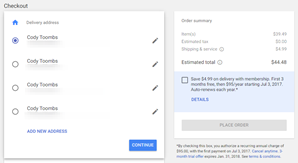 The other alternative is to drop in at your local Costco store. You'll obviously have to be a member, but you're not going to spend anything on delivery and you'll get the cards into your hands instantly. If the sale pricing isn't advertised, check with an employee to confirm the discount. There is also a limit of 5 per customer (or possibly per visit). We don't know when this sale price ends, but it seems to have started on April 2nd, so it should run at least a week. 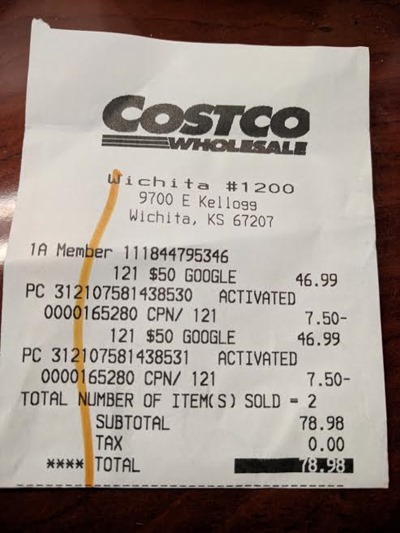