April Fools Day is almost upon us, but some companies aren't waiting to share their pranks. Google always does a great job, from the Pokemon Google Maps overlay to a smart mailbox, but there are a few from other companies worth mentioning. Here's a rundown of all the hilarious (or strange) tech-related April Fools Day jokes from around the web.

One of Google's product launches from last year was the Google Home, a $129 smart speaker with Google Assistant. Now the company is teasing the "Google Gnome," an outside version of the Home. You can ask it weather questions, let it control your lawnmower and other tools, and even dress it up in accessories. 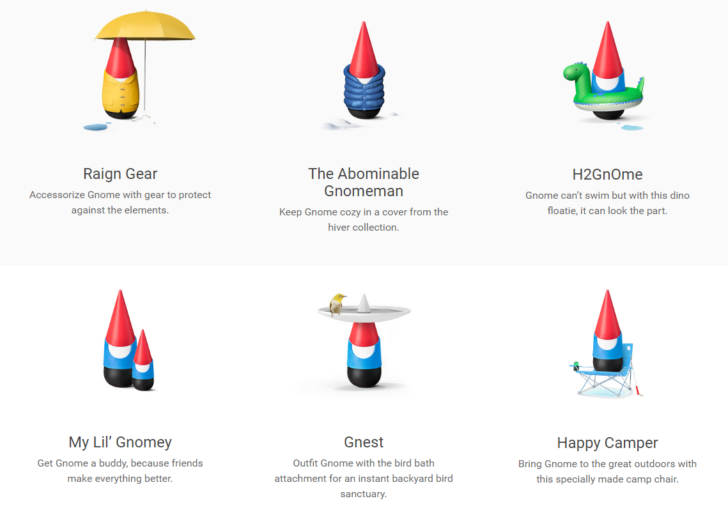 The Google Gnome has a page on the Google Store, but unfortunately you can't buy it. I really want a rain coat for my Google Home, though.

For April Fools' 2015, Google added Pac-Man into Google Maps and Ingress. This year, Mrs Pac-Man is invading Google Maps. For regions of the world already on April 1st, a new Mrs. Pac-Man button is visible on the mobile app. You then have to control Mrs. Pac-Man on real-life streets, and of course, outrun the Ghosts.

Google has plenty of Easter Eggs in Google Assistant, and as you might expect, there's one for April Fools' Day too. When asked, Assistant will offer advice on how not to get pranked, such as "If something seems too good to be true today, it probably is."

Google's Netherlands division has its own April Fools' Day gag, named 'Google Wind.' The idea is to use machine learning to control the weather, using Holland's famous windmills. I'll admit, this one is pretty great. 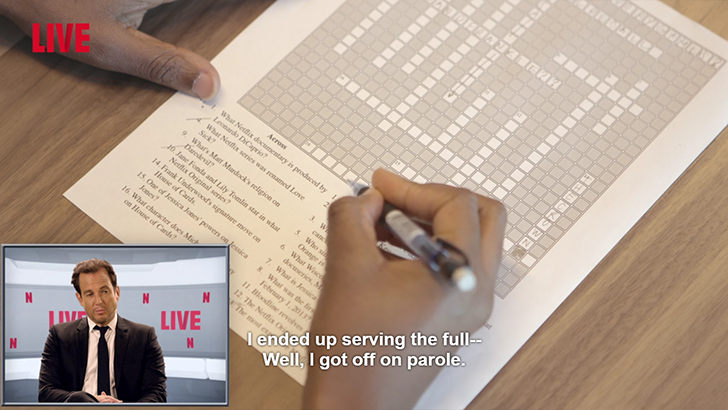 Will Arnet has been in plenty of Netflix original content, from BoJack Horseman to A Series of Unfortunate Events. For April Fools' Day, Netflix is proud to share 'Netflix Live', which is nearly an hour of Arnett commentating ordinary events like toasting bread and completing a crossword puzzle. It's actually funnier than it sounds. You can watch the full thing here (a Netflix subscription is required).

T-Mobile's prank is a onesie, with "full-body coverage" and a built-in 4G LTE hotspot. You can actually buy it for $40, but the real one doesn't have any tech inside it.

With the claim that the human attention span has "dropped to eight seconds," Hulu has released 'Hu.' It's just a library of short clips from existing Hulu content, and you actually need an account to see them. This is probably the lamest April Fools' Day gag in the list - better luck next year, guys. 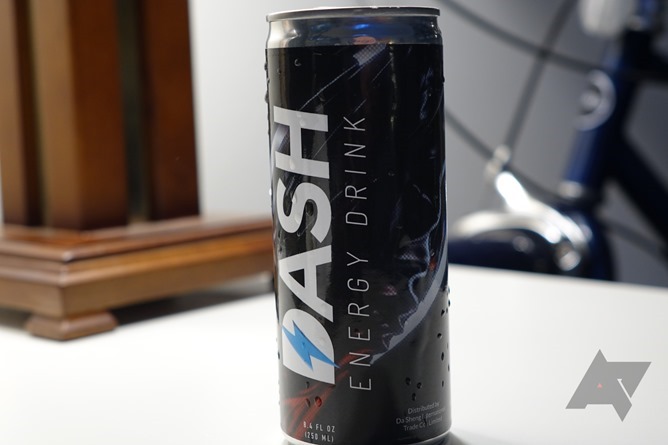 OnePlus is really proud of its Dash Charge feature, even to the point of enlisting celebrities to talk about it. For April Fools', the company made real Dash Charge energy drinks. You can find our review of the drink here.

For April Fools' Day, Lyft has announced the 'Lyft Mono.' It's a wearable glove, vaguely resembling a Nintendo Power Glove. This gag is actually real, and once you put it on and get the app, sticking out your thumb will hail a Lyft cab. You can sign up for a chance to get one here. 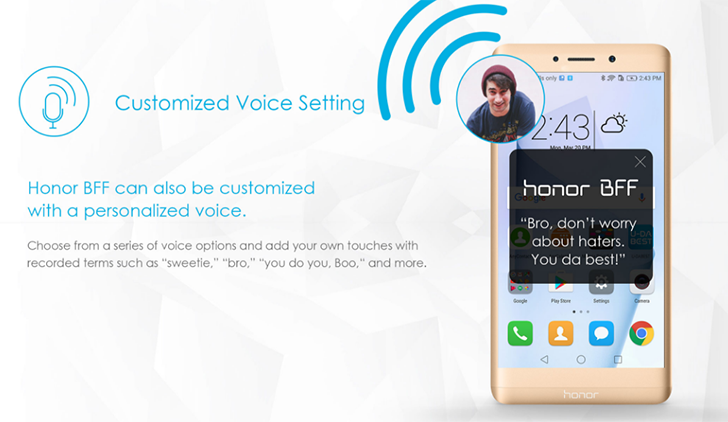 We all need some positive reinforcement every now and then, right? Honor thinks so, and created the Honor BFF. This imaginary phone uses machine learning to periodically give you compliments and motivation. Hopefully it ships with Android 7.1 Nougat.

Alexa is cool and all, but your furry friends need one too. As the name implies, Petlexa is Alexa for your pets.

Putting a skin on your phone or tablet is too much work. For April Fool's Day, Slickwraps is teasing the 'Contour' - a machine that sprays on device skins. Frankly, I'm not sure if this is actually real or not, but there is a page for it on Slickwrap's store. 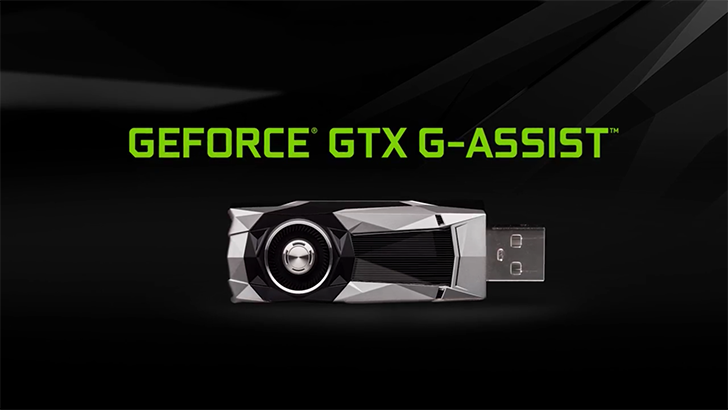 How many times have you been playing an online game, only to be interrupted by someone in real life? NVIDIA has made the 'G Assist,' a flash drive that can take over for you if you're busy. It can also help you beat boss battles, and provides periodic reminders to consume energy drinks. More information and a video can be found here. 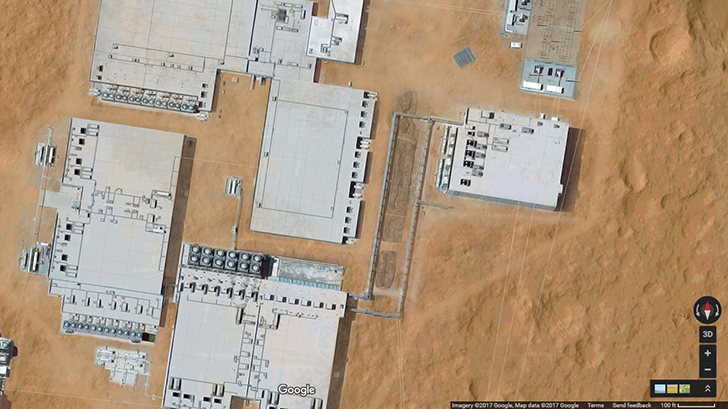 If you have important data, you need a backup. That's why Google announced its first interplanetary data center, named "Ziggy Stardust," on the Google Cloud Platform Blog today. Located in the Gale Crater on Mars, it will store a cache of data from Earth to prevent irrecoverable loss when a planetary disaster strikes. Google hopes to finish the data center by 2018.

CyanogenMod's mascot, Cid, was one of the most recognizable icons in the Android community. As the spiritual successor to CyanogenMod, LineageOS has created its own mascot - 'Ink'. The project also announced 'Br0zip,' an artificial intelligence that can port LineageOS to any device in no time at all. 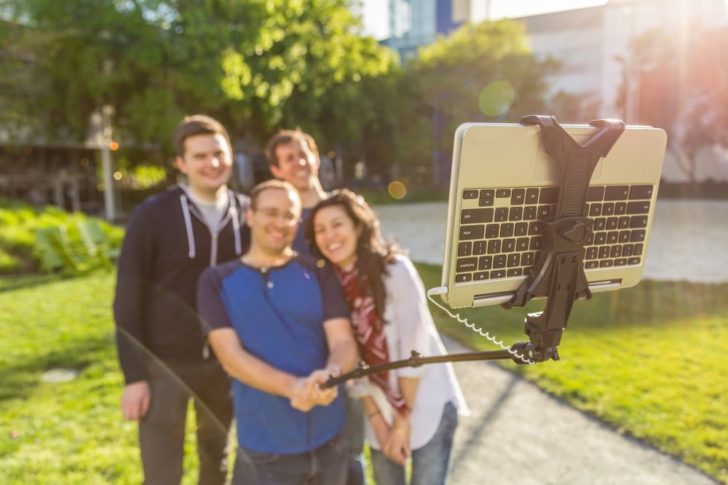 Even though most Chromebooks can now run Android apps, you still can't use your Chromebook like an Android phone/tablet for all use cases. Until now, that is. Google has announced a Chromebook Groupie Stick (seen above), a Chromebook Cardboard headset, and a Chromebook armband. See the company's blog post for more info. 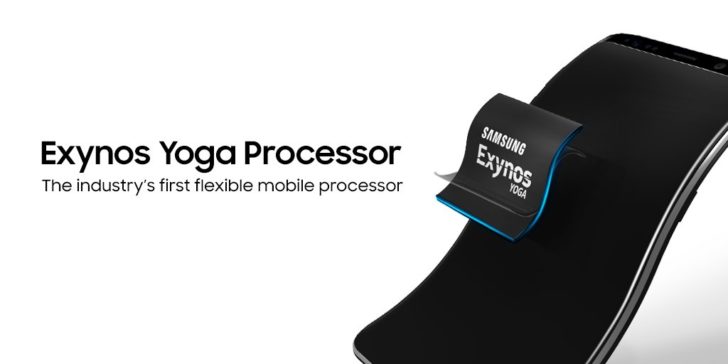 Remember when curved phones were a thing? Maybe we'll see more in the coming months, because Samsung has just unveiled the Exynos Yoga Processor - the first flexible mobile SoC. Anyone up for a Galaxy Flex?

Carved is a small Indiana-based phone case company, but now they are working on a wooden screen protector. Why hasn't this been done before? I'll take ten.

By force-touching the Google app icon in iOS, you can select "I'm Feeling Woof" or "I'm Feeling Meow." These give your pets access to the stuff they care about - from dog food to balls of yarn. More info can be found on Google's blog post. 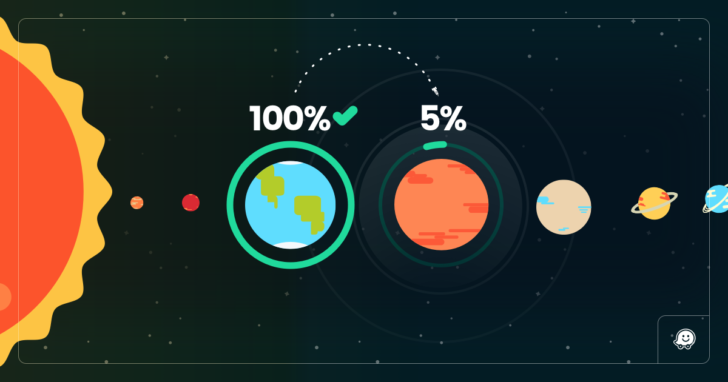 According to the company's blog, Waze has begun to map the surface of Mars. Certain members of the Waze community will also be sent to the Red Planet to more accurately map the surface.

If you haven't heard about it, the NoPhone is a solid piece of plastic designed to simulate the feeling of a phone in your pocket. I'm not really sure if anyone uses it, but JerryRigEverything is happy to break it just as much as any other phone.

Google Translate for Heptapod B

Using machine learning, Google Translate can now decrypt messages written in Heptapod B - the language from the film Arrival. On an unrelated note, it looks like someone from Google is still rocking a Nexus 10. See Google's blog post for more info.

You may have heard about the updated Nokia 3310, but it turns out the original is an amazing smartphone. Okay, maybe not, but the video is pretty funny.

Do you need to flash the latest Gapps package on your device, but you don't have a stable network connection? Not to worry, the Open GApps Femto package is here to help. It uses the United States HAARP service (which is not real, but just pretend) to download the latest GApps package. You can find more info at the GApps blog.

That concludes our coverage of April Fools' Day in the tech world. Let us know in the comments below which gag you liked the most!