Samsung's Galaxy S8 is a substantially more, well, substantial update to the company's flagship smartphone brand than the iterative S7 and S7 edge. At least, that's probably what Samsung would say - and I'd tend to agree with them. What are the biggest and best new features? Well, we've had a chance to play with them, and this is what we came away most impressed with.

64GB of storage is standard

Gigabytes. You know them, you love them. You want more of them. And Samsung will be delivering in 2017, as both the Galaxy S8 and S8+ come with 64 gee-bees as standard. If you ask me, this really should be the minimum for any "serious" flagship smartphone this year, in the age of 4K video recording and high-resolution music streaming. The fact is, even if we're storing less of our data locally these days, the data we do end up storing that way is tending to get bigger. Between photos, videos, music, games, and general OS requirements, 64GB will provide most of us plenty of breathing room if we decide to go snap a few-hundred shots on vacation or download 10 hours of music for a long flight. 32GB used to be OK, but I think we're at the point where 64 just makes more sense. 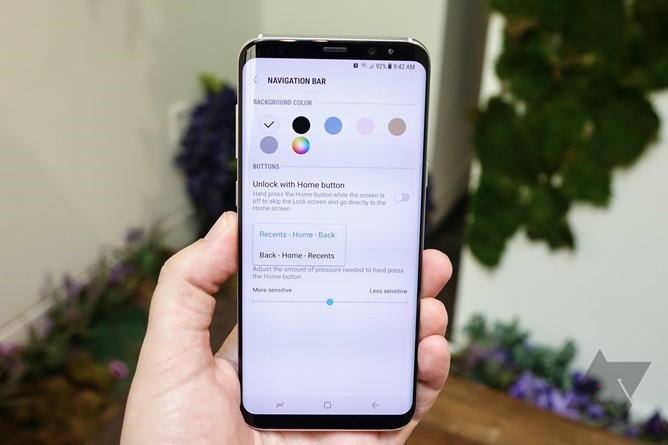 We've been asking Samsung for this for years (at least some of us), and they've finally delivered. The Galaxy S8 is the first flagship smartphone from Samsung to feature virtual navigation keys, and I'm already in love with this change. While the default layout has them in the Samsung (read: wrong) order, you can easily head into settings and flip them to the standard Android layout (left to right: back, home, recent apps).

You can also change the background color (e.g., to black) if you want, which is nice. 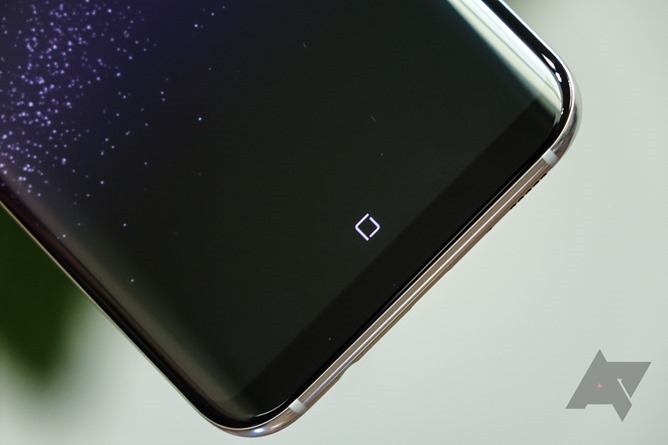 Those fretting the loss of a physical home key may find some solace in the fact that Samsung has kept around an always-on virtual home key on the S8 and S8+. Even if there's an app taking up the full screen, and even when the display is off, just press with some force where the home button will be, and you'll get a little haptic buzz just like you'd pressed a physical home key. So, even when you can't see it, there will always be a home button sitting at the bottom of your screen. Obviously, the difference is that, without a fingerprint scanner, this button can't unlock your secured phone alone.

You could use Samsung's iris unlock or the new face unlock mode, though, and bypass the newly-repositioned fingerprint scanner on the back of the phone. The virtual home key is also useful for just checking notifications or other lockscreen info while your phone is resting on a flat surface without having to pick it up. It's a nice addition, if you ask me, and one that I haven't seen elsewhere.

While the Galaxy S8 and S8+ don't have larger batteries than their predecessors, Samsung hasn't been standing still here: these batteries have other advantages. Specifically, your Galaxy S8 or S8+'s battery should be able to go more recharge cycles with less long-term fatigue and loss of capacity.

DeX: Turn your phone into a desktop operating environment 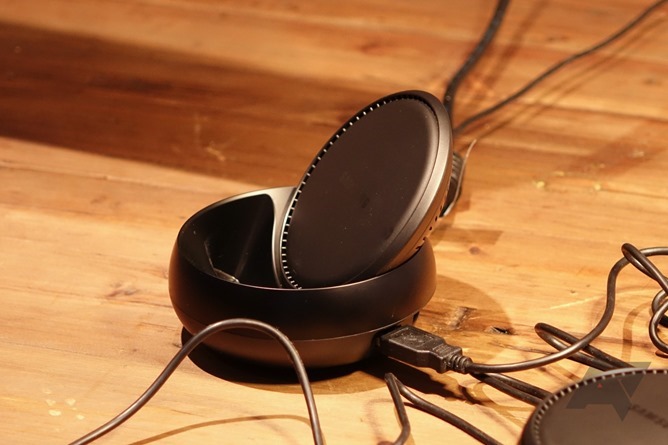 While I may struggle to find common use cases among consumers for DeX, there's no doubt that Samsung's new projected desktop OS mode is freakin' cool. Just plug your S8 or S8+ into the DeX docking station (requires an external monitor), and your phone will project a desktop version of your phone's homescreen onto an external display.

This runs within the same environment as Android on the phone, so there's no weird virtualization or separate OS partition being utilized to make this happen. Samsung is working with Microsoft to adapt their Office suite to DeX in a way that feels more seamless, and they're also cooperating with Adobe. Even more important in the corporate world, Samsung is collaborating with Citrix, Amazon, and others to offer Windows 10 virtualization client support in DeX, which really is where I think Samsung sees most of the potential for the technology.

Still, it's pretty cool to just stick your smartphone into a little dock and suddenly have it transform into a keyboard and mouse operating environment.