It's time. You've seen the leaks, you've read the rampant speculation, and now the Galaxy S8 and S8 Plus are official. The leaks were very accurate this year. The Galaxy S8 has a 5.8-inch screen and the S8 Plus is 6.2-inches. That sounds big for a phone, but they're surprisingly compact devices thanks to the essentially non-existent bezels.

The specs have been rumored for months, but these are official.

We've confirmed with Samsung that the US Galaxy S8 will be getting the Snapdragon 835. International versions will most likely ship with an updated Exynos chip. RAM is still at 4GB, but the storage has been boosted to 64GB (with microSD card slot) this year. The battery capacity hasn't improved, though. The regular GS8 is at 3,000mAh like the GS7. The GS8 Plus is 3,500mAh, slightly smaller than the Galaxy S7 Edge's 3,600mAh.

Both phones have the (thoroughly leaked) curved AMOLED design with rounded corners. The resolution has been boosted in a similar way to what we say on the LG G6. They're 2960x1440, which is several hundred extra vertical pixels. That more than compensates for the new on-screen buttons. Yes, gone are the iconic physical nav buttons under the display. Samsung says the phones have an 83% screen to body ratio. Interestingly, the home button region of the display is pressure-sensitive (only that spot). Even if the home button is hidden, you can press hard there to trigger the home button. 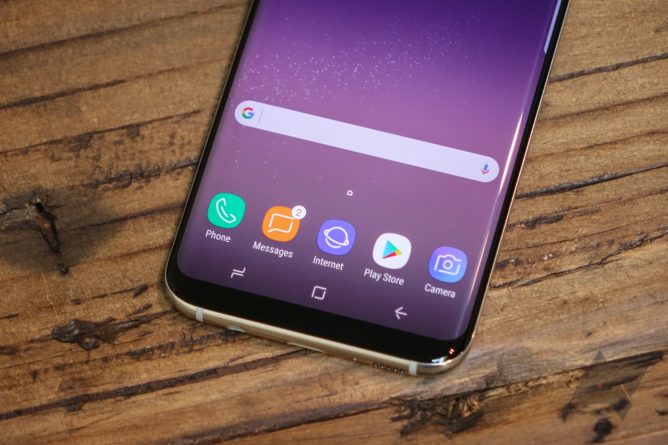 The fingerprint sensor has moved to the back of the phone next to the camera. It's kind of weird. On the front you get an iris scanner like the Note7 had last year. The rear-facing camera is 12MP again, but the front-facing cam has increased from 5MP last year to 8MP. It also uses software-based autofocus.

The Galaxy S8 will run Android 7.0 at launch. While you don't get 7.1, Samsung is hoping Bixby will tide you over. That's Samsung's new assistant feature. Launch it at any time by pressing the dedicated Bixby button on the left of the phone. It lets you control apps by voice to do things like translate text, read QR codes, and set reminders. 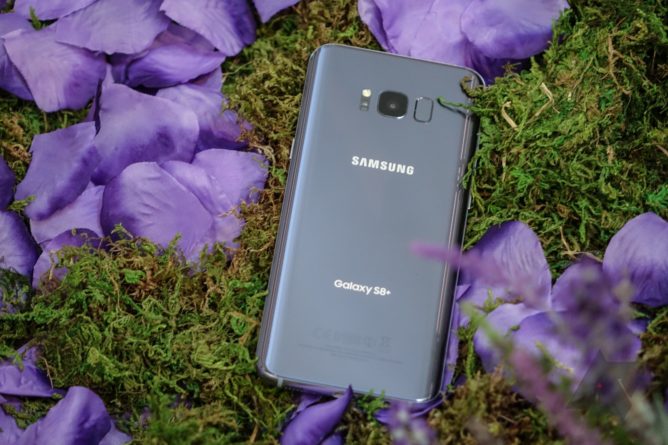 The Galaxy S8 and S8 Plus will come in Midnight Black, Orchid Grey, Artic Silver, Maple Gold, Coral Blue. However, only the first three shades will be available in the US. Pre-orders are live tomorrow (March 30th) and will include a free Gear VR with controller. All Galaxy S8 units will come with a pair of AKG earbuds valued at $99. 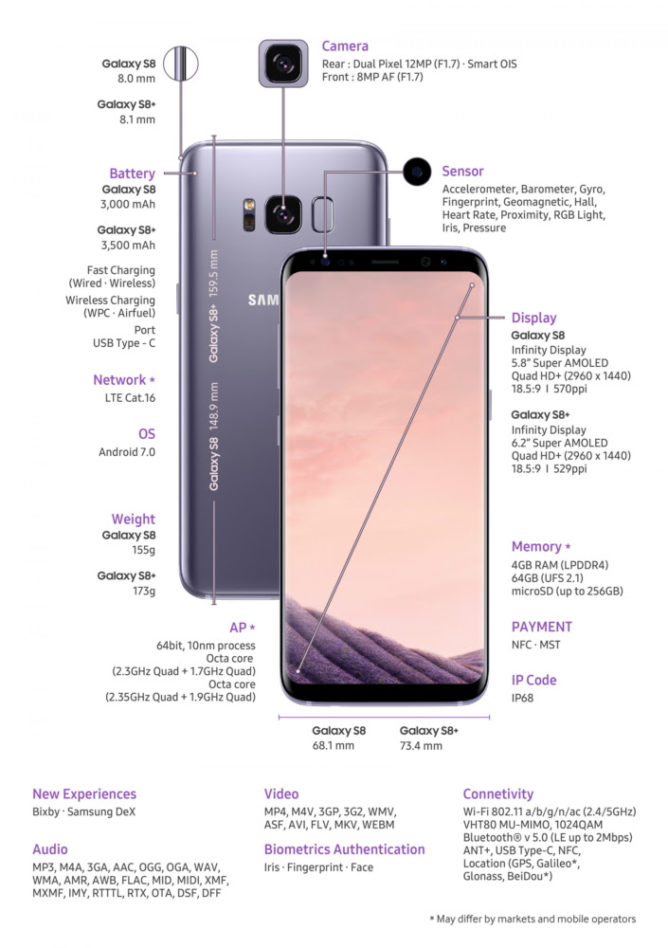 Android Wear 2.0 update is finally rolling out, but only to three watches for now