You've probably heard of the Peel Smart Remote app. It was pre-loaded on a lot of phones back when everything had an IR blaster for like two minutes. Recently, this app has made some changes that have users up in arms. It's popping up full-screen ads and deploying a lock screen overlay. The first one is not uncommon, but the second is totally uncool.

Peel is a free app, so some ads are to be expected. The newly added ads are pretty frustrating, though. They're full-screen, and they appear seemingly at random. That means you could be attempting to tap something in the app, then suddenly the entire app is an ad and you pressed it. There's a $0.99 monthly subscription that disables the ads. I don't know if that's worth it for a remote app, but it's your call.

The lock screen situation is truly weird. This isn't an ad, but there's no way to know what app is producing the overlay. It only appears when charging, and includes the time, weather, and settings alerts. Annoyingly, it obscures your notifications and adds another swipe to unlocking the phone. Let's face it—no one wants a lock screen overlay regardless of whether or not it has ads. If the Peel developers thought they were being helpful, they are wrong. Just check out the Play Store reviews; lots of 1-stars lately.

The additional lock screen can be disabled in the Peel app, but it's buried. You'll find it under Settings > Rooms and Remotes > Lock Screen Widget. The ads won't go away unless you pay. 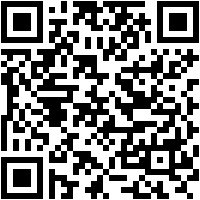 A new Pixel Launcher design is showing up for some users

Inbox v1.43 prepares to give users more control over notification frequency by looking for high ...