Google Keep can already autocomplete items in a grocery list saving you lots of time from typing things repeatedly, but it turns out that it can also autocomplete movie and TV show titles. We're not sure when exactly the option became available, it may have been there for months or it might be recent. Either way, it's there now, so consider this post a PSA for those of you who hadn't seen it before.

In order for Keep to start suggesting movies or TV shows for you, your list has to have something like "movies" in the title for the former, or "TV shows" for the latter. Then when you start typing, a pop-up shows with a neat icon and a couple of suggestions for you to choose from. 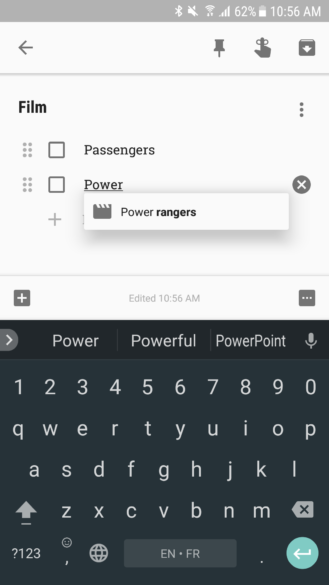 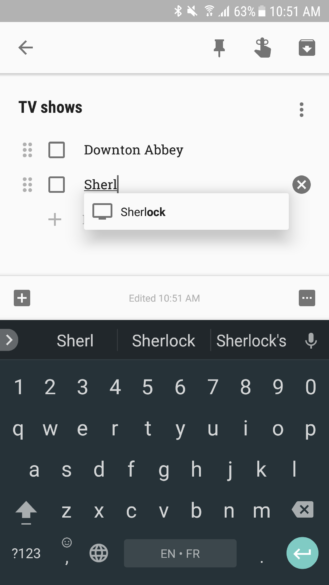 Not all logical Keep note titles seem to trigger this behavior though. Based on my tests, it works with "movies," "film," and "films," but oddly not "movie." It also works with "TV shows," but not "TV series," or "TV show." I also tried different permutations to see if it autocompleted books or songs or albums, but that didn't do anything. Google hasn't yet announced this feature officially, so it's probably still a work in progress.

[Update: It's back!] The option to save your parking location has disappeared from Google Maps