If there's one thing Android manufacturers and carriers love to do, it's copy existing Google products and make them worse. Verizon is a repeat offender when it comes to bloatware, and now the company is preparing to roll out yet another stupid application to its Android devices. This time, a search tool called 'AppFlash' will grace the home screens of Verizon Android phones.

You may be familiar with Evie Launcher, an app launcher with a universal search bar for quickly finding apps and web content. The developers behind Evie have now partnered with Verizon to make 'AppFlash.' It's basically just Evie's search functionality, but on its own page of the home screen - like the Google Now/Pixel Launcher. 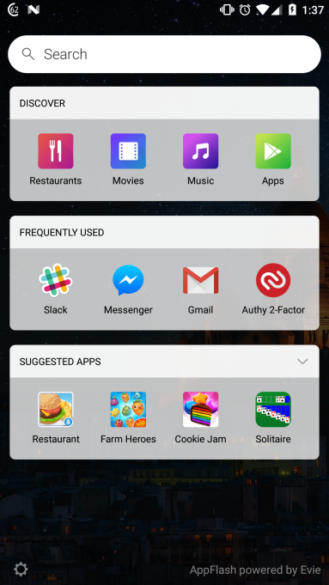 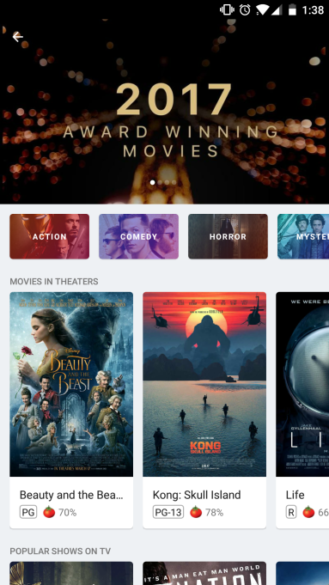 As far as I can tell, this does absolutely nothing that Google search can't do. AppFlash's main features are searching inside apps, finding nearby food and entertainment, and being easy to access. The built-in Google Search can do all of that, so why does this exist? Advertising, duh. Notice that 'Suggested Apps' section on the AppFlash main screen?

TechCrunch says that AppFlash will start to roll out across Verizon Android phones "in the coming weeks." It's not really clear exactly how that rollout will work, or if using an alternative app launcher will make a difference. Evie also mentioned that AppFlash is just a Verizon-branded version of its new Sidescreen app, which it hopes to sell to other carriers in the future.

Alternate title: This is why people buy iPhones

Two days after this was posted, the EFF wrote a blog post about how AppFlash was could by used as spyware by Verizon. In response to this, Verizon issued the following statement to EFF:

"As we said earlier this week, we are testing AppFlash to make app discovery better for consumers. The test is on a single phone – LG K20 V – and you have to opt-in to use the app. Or, you can easily disable the app. Nobody is required to use it. Verizon is committed to your privacy. Visit www.verizon.com/about/privacy to view our Privacy Policy."

In addition, Verizon has posted a statement on the company's blog, saying it does not (and will not) sell user data to third parties. You can put up the pitchforks, at least for now.