Last week, Google announced new location sharing features in Google Maps that would allow you to easily share your current position momentarily or indefinitely with select people. The option is the same that we've had in Google+ for a few years, except it would now be in the app that made most sense, Maps. It also follows Google's trend of decoupling options and features from Google+.

In the official announcement, Google said the feature would be rolling out "soon" worldwide, but didn't give an exact timeline, and we have yet to see it on our devices regardless of the version of Maps we're running. However, Google has gone ahead and disabled it in Google+ for many users, making it momentarily impossible for them to share their location in either app.

What these users are seeing when they head to the Locations tab in Google+ is a message telling them to move to Google Maps. If they tap the button to switch to Maps, they get redirected to a help page that offers updating Google Maps because the new feature is not yet live in their current version. And if they finally tap to update Google Maps, they're redirected to the Play Store with no update in sight for Maps. 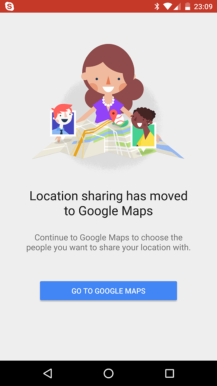 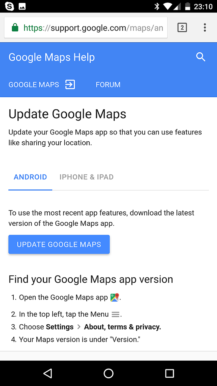 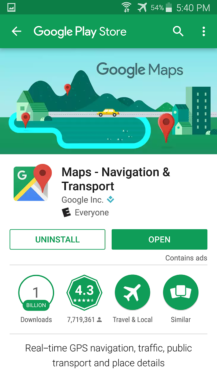 It looks like a case of eager fingers pulling the plug too soon on the feature from Google+ without making sure it's already live in Maps. Or, better yet, miscommunication between the teams and lack of clear timeline planning to make sure all users have the alternative live for them before killing the previous option.

Couples, parents and children, friends, and teams who relied on this feature to follow each other's progress are left without a functional location sharing. In the interim, I suggest maybe you give Trusted Contacts a try to at least have the option to request someone's location if you're worried about them. It's not the same as live sharing, but it should cover the most crucial situations while Google sorts this mess out and releases an update to Maps. The OnePlus 3T Midnight Black edition is now available for $479