The Pixel Launcher's reach has been spreading in the past few weeks. Yes, it could always be sideloaded, but it was only initially available for the Pixel and Pixel XL. The 7.1.2 beta 2 update, however, brought it to the Pixel C as well. Now, it seems that Android One smartphones are getting a lookalike of Google's latest launcher, beginning with Y!mobile's Android One S2. 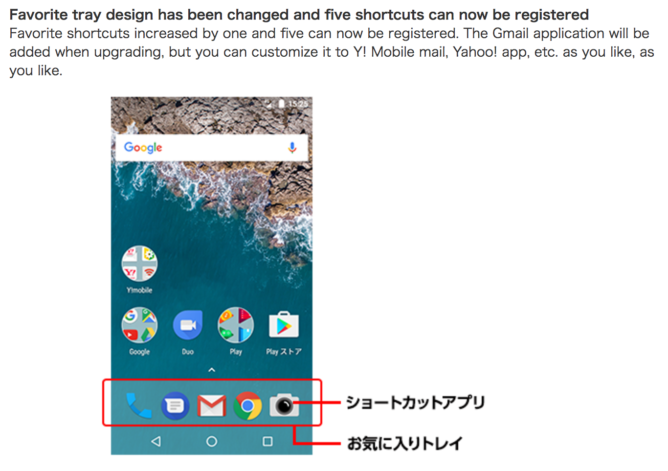 The Y!mobile (Yahoo Mobile, interestingly enough) S2's update to 7.1.1 was initially released on March 24th, but has currently been halted due to "the event that stops moving from a specific screen" (those words have probably been butchered by Google Translate). The page still shows its contents, though. Most of it is dedicated to the changes that this launcher brings, such as the updated overall home screen design, the new tray design, and how to view all of your apps.

This launcher seems to be the same one that comes on the Moto G5 and G5 Plus, so this isn't the first time we've seen it. There's also a change to the power menu listed in Y!mobile's page, though it's unclear exactly what is different.

Since Android One devices all feature the same software (with minor changes for different regions/carriers), it's fair to say that this Pixel Launcher lookalike will be coming to other Android One phones pretty soon. The S2's update page is in Japanese, but translating it is pretty painless.