At some point after that, though, the reference to walleye as well as the comment linking to our story were removed. If you go to the commit now, walleye is nowhere to be seen. Which, I guess that makes sense? The cat's kind of out of the bag, isn't it, Google? Anyway, after doubling down on secrecy, we noticed today that Google, ahem, committed another mistake. 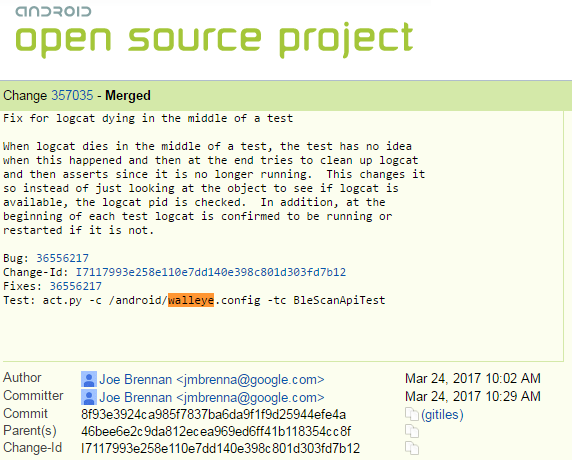 It's OK, guys - we'll point these out as we see them. It'll make removing them a lot easier!

Moto G5 Plus review: Still the king of budget phones