From the creators of Papo & Yo, Minority Media VR inc. have released a Daydream VR game onto the Play Store today. Titled The Other Room, this is a virtual reality take on the tried and true concept of escaping a room through solving puzzles.

The Other Room offers procedurally generated puzzles while mixing in immersive audio and bizarre 360 video segments. Your overarching task will be to foil your adversary's plans, but beware -- they will convincingly try to evaluate your mental state in order to throw you off your game. As you can imagine, this adds up to a pretty involved plot with quite a few layers. Sure, it can get a little weird, but hey, who doesn't like weird?

Sadly for all of you Samsung Gear VR owners, The Other Room is only available for Daydream VR devices. Those of you lucky enough to own a Daydream compatible device, well -- you can pick up the game for $4.99 upfront with zero advertisements or in-app purchases to worry about. 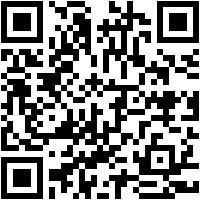 Hangouts on Android will remove SMS support on May 22