The saga of the Play Store's layout changes continues. Have you been keeping track? I have been... trying to. I have to read and edit every single article that gets published on Android Police plus every tips email we get, so I should technically know all the little changes that have been showing up, but I am honestly lost. What change is in a server-side test? What's rolled out to everyone? What's still unreleased? How many changes can Google try out simultaneously? Will this ever end? Why am I spending my days looking at moving pixels and disappearing borders? Oh, we might have gone off-topic a lil'.

So let's talk about this new layout for the Play Store's search results that has been showing up around the last day. You may remember that last year, Google started testing a layout for results that would surface one large card on top with detailed ratings, number of downloads, big install/uninstall/open/update buttons, and even mentions of ads. Later, we saw another iteration of that design with multiple large cards cluttering up the results screen.

It looks like Google has settled on the former, thankfully, with one large card for the most likely result. There's one change though from last year's design and that is the addition of screenshots. Now you can swipe through small thumbnails of an app or game's photos and videos then tap one to open it right away without having to load the full listing first. Given how slow listing pages tend to be sometimes, this is neat. 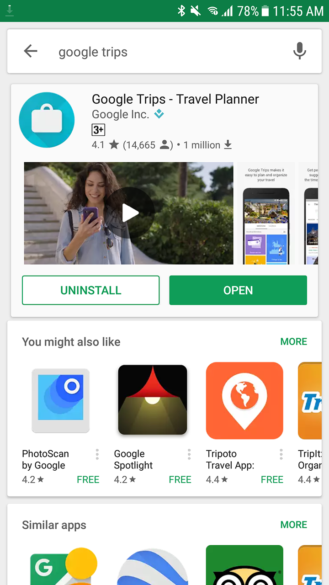 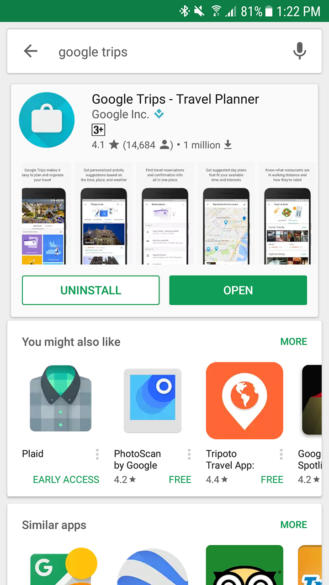 Underneath the main result card, you will still see the You might also like and Similar apps sections, followed by the full list of search results, but some of you might see these the old-fashioned way with individual borders surrounding every item and others might get the new layout with way less borders that started showing up last week. 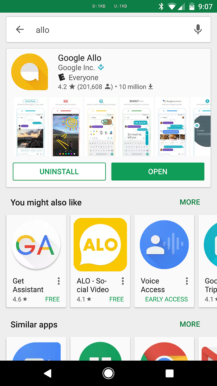 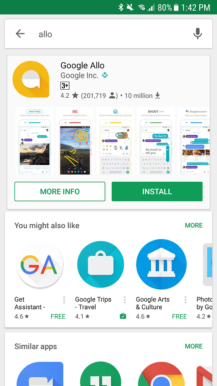 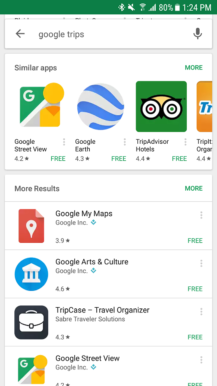 We've received many tips about this over the past day and both Artem and I are seeing it on our devices. So it does look like this change is rolling out more widely, though there's no new version to install so it's likely a server-side switch. FYI, I'm on version 7.6.08 of the Play Store.