Google may not be the first name most of us think of when we're talking about image editing, but some of the cool tricks available in the Snapseed app are constant reminders that the company has done an unimaginable amount of research into the field. The latest update to Snapseed brings a pretty cool new trick that allows users to slightly adjust the angle a person is facing in a photo. The same tool can also be used to make changes to the pupils, a smile, and even possibly correct some lens distortion. There is also a new mode to emulate double exposure, a classic trick used in the days of film photography. 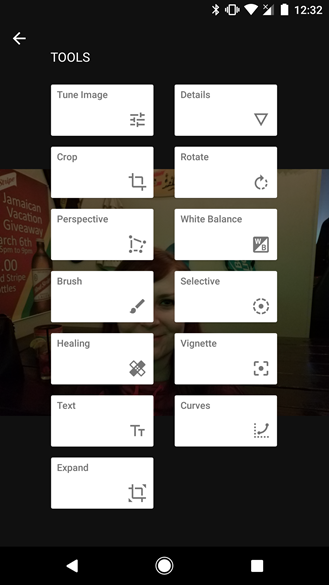 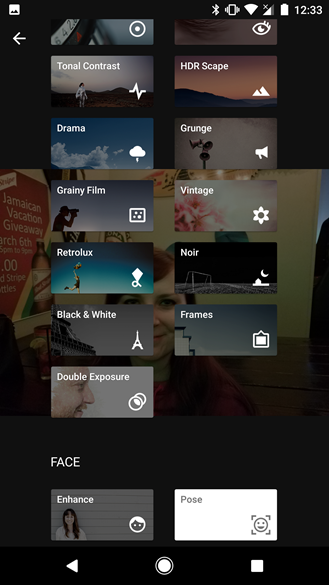 These are shots of the current editing tools. The new items are 'Expand' in the first shot, 'Double Exposure' and 'Pose' in the second. In fact, the Face section is new. 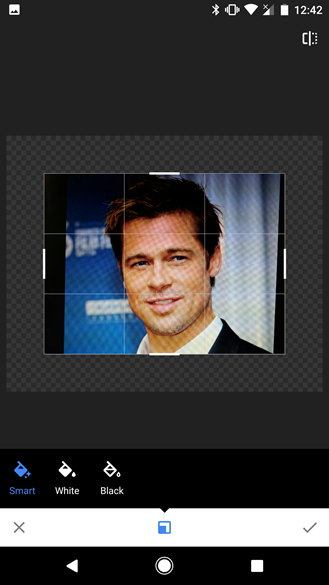 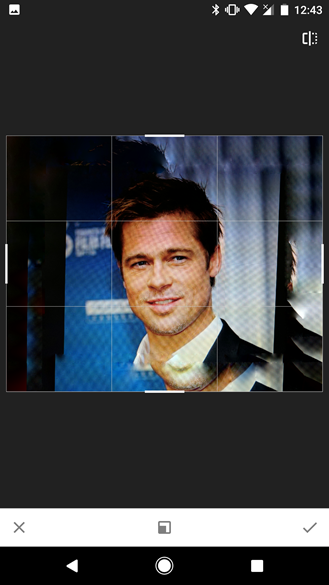 The first new tool is deceptively simple. As the name suggests, it allows you to increase the dimensions of your image. The clever part comes when it attempts to also fill in the outer edges based on the content of the photo. As my sample above shows, the results aren't perfect, but it probably works much better in outdoor settings or with photos with more room to work. Alternatively, the outer edges can be filled with white or black, which could be particularly useful with the next feature.

Back in the days before Photoshop, photographers had to look for inventive ways to work with film to accomplish artistic effects. One particularly clever trick involved taking a shot, then without advancing the film, a second exposure is taken on the same frame. The result was a photo that combined the lightest parts of both images. The technique, called Multiple Exposure, is popularly used to meld backdrops of nature and cityscapes with the silhouette of objects and people.

Snapseed now includes a mode that simulates the effect. However, since we're now working with digital images, it supports various blending modes and the ability to resize and adjust the orientation of added photos.

Posing (and other Face-related tricks)

Think back to that family picture where one person seemed to be staring off into the distance. Or better yet, that time you tried to take a picture of a baby while it refused to look at the set of keys jangling in your hand. Sometimes, it's just not possible to get every face pointed the way you want it. Snapseed's new Face Pose tool might help with that. It can detect a face in a photo and create a 3D model, then by bending a few pixels, it can make minor changes to the orientation of the head.

The capabilities don't end here, the 3D model allows for a few other tweaks as well. This tool also includes modes that will change the size of the pupils and the intensity of a person's smile. There's also a mode that allows for simulating a different focal length, which effectively changes the compression (flatness) of a face. But be warned, the results of all of these modes can easily become weird and uncanny, at least if the sliders are pushed to the extremes. Remember, a little goes a long way. 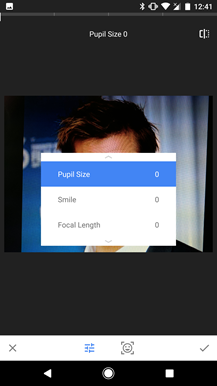 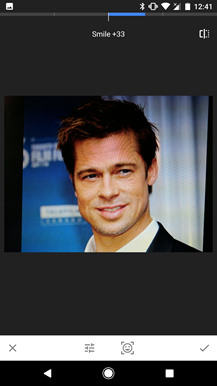 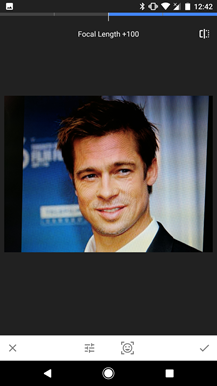 It might not be obvious side-by-side, but these look very different.

The tool is limited to working with a single face, so you'll probably have to do some mucking about with closing and re-opening images if you want to work on more than one person.

[Deal Alert] Nest Cam Outdoor on sale for $159.99 at Newegg with coupon code

Alexa support is rolling out to the Huawei Mate 9