In light of all of the Android O news and highlights, let's take a step back and look at something new in the latest 7.1.2 beta build that landed a few days ago. The battery section of the Settings now includes a "Usage alerts" option in the overflow menu, which lists any apps that are consuming too much battery (if any).

I looked at this on a Nexus 6P that was on the first 7.1.2 beta, and that choice was missing from the menu. After updating, it was there. Here are some screenshots: 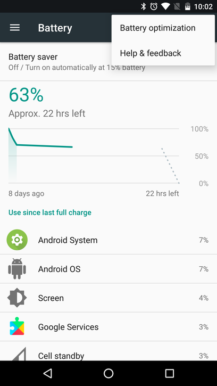 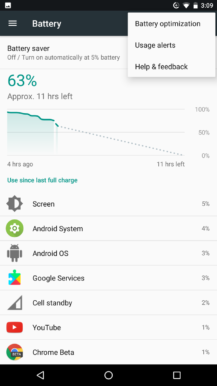 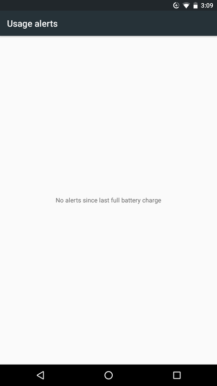 Left: Before the update; Middle: After the update; Right: The usage alerts list (if applicable)

Even though the list is empty, I bet it populates when you have misbehaving apps that are consuming entirely too much battery, like the Facebook app is known for. We've seen this feature before on phones from the likes of Huawei and such, but I just don't recall it being in AOSP/"stock" before now.

Super Mario Run is out on the Play Store [APK Download]