I cannot fault people for loving the theme support present in certain OEM and custom ROMs. The fact that Google has never implemented them in any sort of official way has been a frustration to many, but we did find something very interesting in the Android O preview. In the display settings, there is a section for "Device theme," which has two options. Hm...

Alright, before I show what both look like, let me start off by saying we have no idea if this will become an official thing or if it will be removed down the line. To quote David, it feels very much like it's in a "proto-stage," meaning it's the kind of thing that can easily be removed later. Also, the only place that we can see these themes making any sort of changes is the notification shade/Quick Settings. 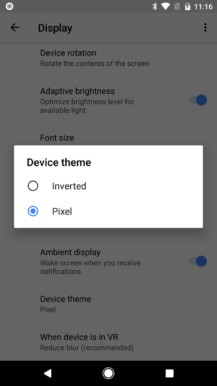 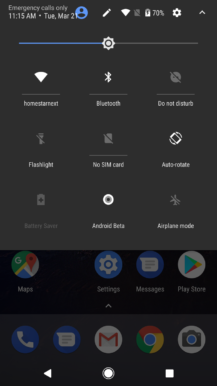 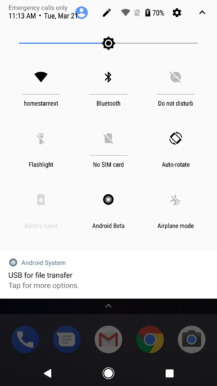 So there you have it, folks — boy, I sure do like that "Pixel" option. Google did not announce anything related to a theming API, so do not get your hopes up. Keeping your fingers crossed can't hurt, though (unless we're talking long-term damage to your knuckles, but that's not the point).