Sometimes updates to Google products are two steps forward, one step back. Ambient display originally showed up in stock Android with the launch of the Nexus 6, which turns on the display for a few seconds when notifications arrive. It has remained a popular feature, but Android O changes it quite a bit.

On Android 7.1 Nougat (and earlier versions), Ambient display can show most of the notification's info. This includes the app name, a text snippet, and even an image preview (if applicable). On the Android O Developer Preview, only a small icon for each notification is shown. Take a look at the comparison: 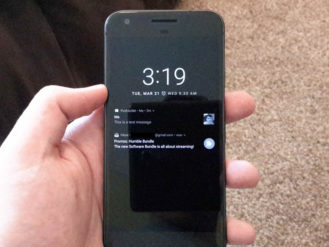 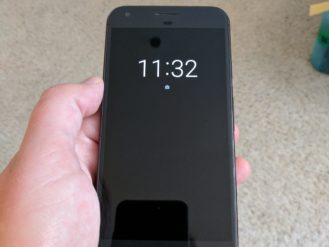 As you can see, Ambient display on Android O doesn't provide nearly as much information as the older layout. You could argue that this is a security measure, to keep people around you from reading notifications - but you can easily hide the contents of lockscreen notifications on Android 7.1. This doesn't make much sense, and hopefully Google will continue to work on this as Android O nears completion.

Perhaps the feature is just buggy for now, because other users are seeing an Active display layout closer to the previous design. Take a look at the below video:

As you can see, notification details are thankfully still intact with Active display on Android O.