Samsung's S Voice has been limping along for years in the shadow of Google Now (and more recently Assistant). Today is the day Samsung starts to move beyond that with the official unveiling of Bixby. Samsung says this isn't intended to be a better version of data driven assistants (or agents, as Samsung calls them). Instead, Bixby is geared toward making interactions with your device faster and easier.

Bixby isn't where you'll go if you want to know how much the moon weighs (7.3×10^22 kg, according to Google Assistant) or what the weather is like outside. It's tied to apps and the things they can do. When an app is Bixby-enabled, all the functions you could access by touch are available by voice as well. You could share a photo in your gallery or navigate pages in the web browser—all without touching the screen.

One potential hurdle for Bixby early on will be app support. It will launch on the Galaxy S8 with support for several of the built-in apps. If you don't want to use Samsung's built-in apps, Bixby won't be very useful. The list of Samsung apps supported by Bixby will be expanded later. At some point, Samsung plans to release an API for third-party developers to add support for Bixby. 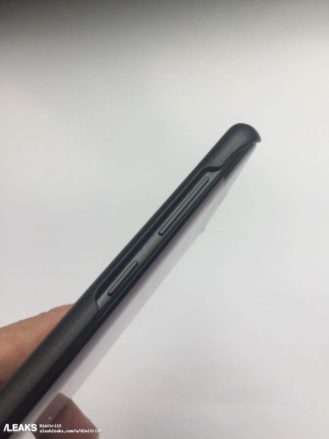 The (probable) Bixby button under the volume toggle.

The Galaxy S8 will be announced later this month, and it'll be the first Bixby device. In fact, it's going to have a dedicated button on the side (see above) to launch Samsung's new "agent." Bixby will eventually come to more Samsung devices, and not just phones. Bixby is entirely cloud based, so smart hubs, appliances, and TVs could all get Bixby later. I'm not sure what you'd need a voice assistant for in a refrigerator, but it might be a thing.

Instagram 10.12 allows you to save live video after broadcasting it