Back in December, we announced Toolbox for Google Play Store, a Chrome extension designed to improve the Play Store desktop site. It adds integration with several sites (including Android Police, Appbrain, and APKMirror), easy access to join/leave an app's beta program, and even fixing the '&' symbol not being displayed correctly in your device list. All of these features can be turned on or off individually.

I'm excited to announce that Toolbox is officially available for Opera. You can get it right now from the Opera extensions repository (link at the bottom of the post), and it's exactly the same as the Chrome extension. Both versions share the same codebase, so Opera users aren't missing out on any functionality. 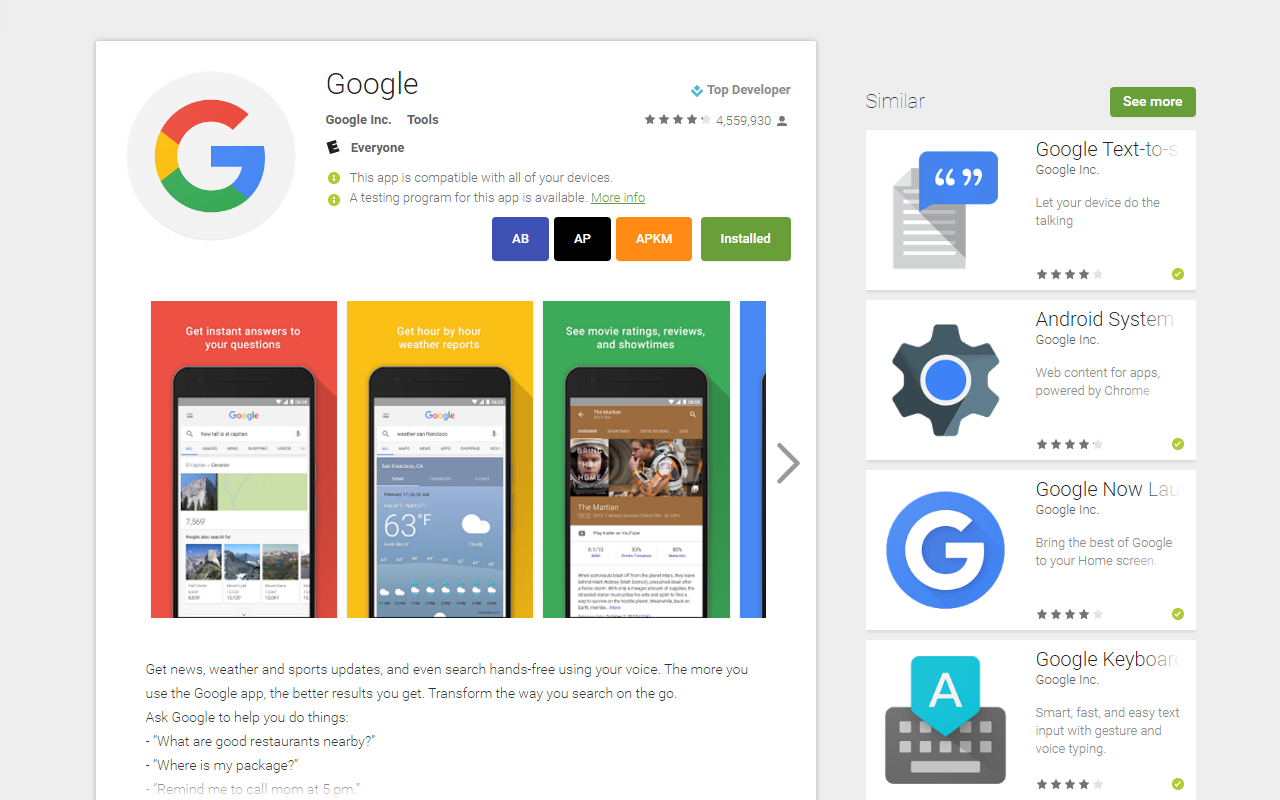 An app listing on the Play Store with all features enabled.

In addition to the release for Opera, Toolbox was also recently updated to version 1.1. This was primarily a bug-fix release, but it also adds full support for Firefox. Unfortunately, Toolbox for Firefox still has to go through Mozilla's approval process before it's available publicly.

Let us know in the comments below if you have any feature requests for Toolbox, or noticed any bugs. The Chrome version is available on the Chrome Web Store.

Planning to attend Mobile Dev + Test? BOGO! Bring your friend for free if you use our exclusive ...