A few days after the release of Chrome 57 for the desktop, Google has started pushing out the latest update to Android users. This time around, Chrome has more controls for Chrome Custom Tabs, the ability to add recently-visited search engines, support for WebAssembly, and more.

Chrome Custom Tabs have been around since 2015, as a way for applications to open web pages without starting the whole browser (or building their own viewer from scratch). Essentially, only the 'core' rendering engine and other basic features of Chrome are loaded when using Custom Tabs.

The feature is being used by countless Android apps, but the lesser functionality of Custom Tabs vs. the browser has been a common source of frustration. But starting with Chrome 57, Custom Tabs essentially have all of the controls of the full Chrome browser. 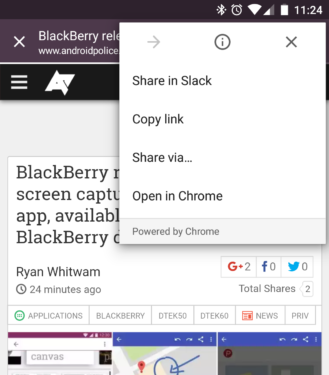 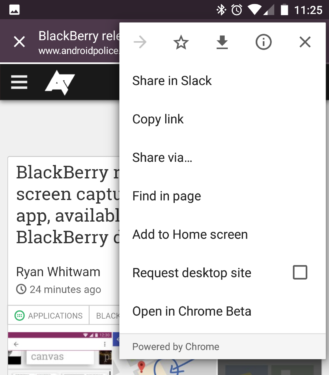 New options include adding the site to the home screen, searching the page (finally!), requesting the desktop site, bookmarking, and saving the page for offline reading. In addition, Chrome 58 will add the ability to open Custom Tabs links in new tabs.

Unlike Chrome on the desktop, Chrome on Android has never allowed adding custom search engines. You could only pick from a list of pre-defined engines - limited to Google, Yahoo, Bing, Ask, and AOL. Now, Google has added the ability to set any recently-visited engine as the default for web searches. 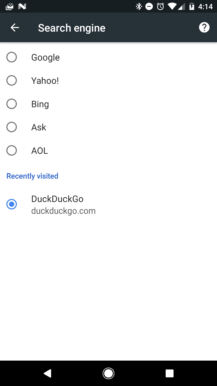 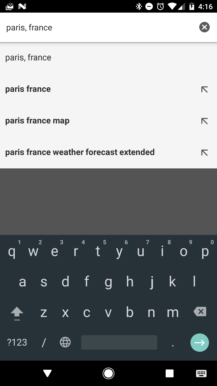 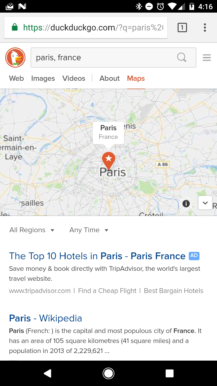 For example, after searching once on DuckDuckGo, it showed up as a search engine option in Chrome settings. I'm glad Google has finally added this feature, but it doesn't seem to work with everything. WolframAlpha didn't appear as an option, even after multiple searches (yes I know it's not a web search engine, but it's still a search engine).

Most of the interactive content you see on the web is powered by JavaScript, a scripting language initially created by Netscape Navigator developers in 1995. The web has changed a great deal since then, with JavaScript continuing to gain new abilities through new ECMAScript standards.

But as performance-intensive web applications become more common, the speed difference between JavaScript and compiled machine code is becoming more noticeable. WebAssembly is a new alternative to JavaScript, designed as a compile target for standard programming languages like C and C++.

Not only will WebAssembly allow for more native-like performance in web applications, but it also means porting native applications to the web will be easier. We'll likely have to wait a while before the impact of WebAssembly becomes noticeable, but with Firefox already supporting it, the future looks bright. You can try out a WebAssembly game here, but the game's controls don't work on mobile.

You've probably noticed that while playing video or audio in Chrome on Android, a notification appears allowing you to play or pause the media easily. This is especially useful for playing content in the background - you can switch to another tab (or another app) and still maintain control of playback. 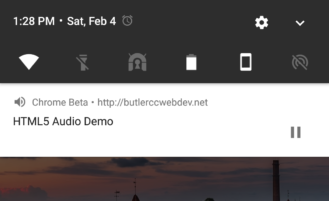 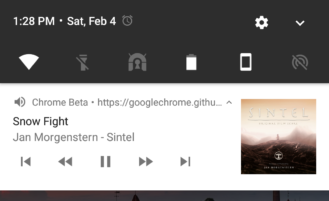 Chrome 57 introduces support for the Media Session API, which allows pages to provide more controls and info in media notifications. Pages can optionally add seek and skip buttons, as well as album art and other metadata. The notifications look great on Android Wear too, as seen in the screenshots below. 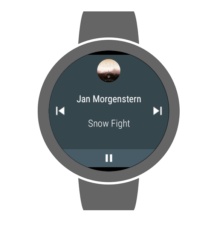 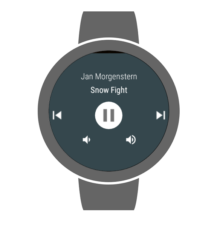 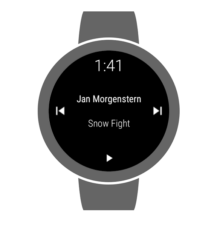 If you want to see a demo of this in action, check out this example.

Chrome 57 has several more additions that both web developers and normal users will enjoy. Here are a few of the more notable changes: