That being said, both this release and the earlier 1942 seem markedly improved over the awful Mega Man ports from January. Protagonist Sir Arthur moves at a fast clip through haunted graveyards and castles, with or without pants, and the colorful sprite animations from the original arcade cabinet are faithfully reproduced. Best of all, the framerate doesn't lag or stutter (at least on my Nexus 6), so you've only yourself to blame if an errant fireball or zombie costs you a life. 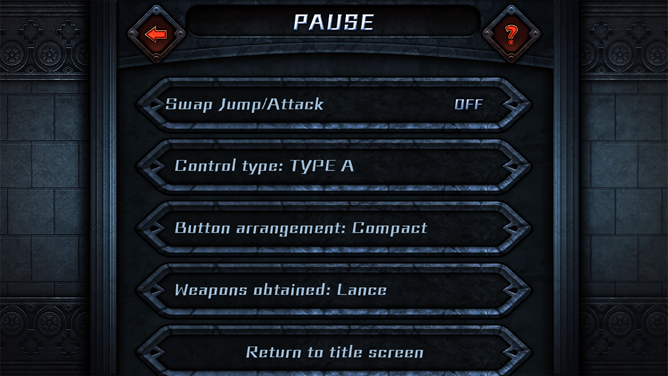 Though the touchscreen controls are less than ideal for this kind of game, there's a bit of variety to be had: Capcom offers four layouts, two sizes, and an option to swap the jump and attack buttons. Two difficulties are available, "casual" and "classic," and Google Play Games support means achievements and leaderboards. The Play Store says that there are in-app purchases in the game, but lists no prices, and I can't find any in the app itself - I think the listing is showing a false positive.