The Pixel and Pixel XL are the best phones Google has ever made. Good luck actually buying one, though. This is something we've been able to say about every phone Google has released, but the Pixel's supply issues seem much more pervasive than any of the Nexus phones were. After nearly five months on sale, the Pixel just went out of stock on the Google Store yet again.

Head to the Google Store, click on the Pixel, and all you get is a waitlist. There's not a single version of either size in stock. So, you can't even buy a Pixel with a multi-week shipping timeline right now. At least Verizon seems to have (mostly) worked out availability of the 32GB phone. That doesn't help those of us not on Verizon, though. 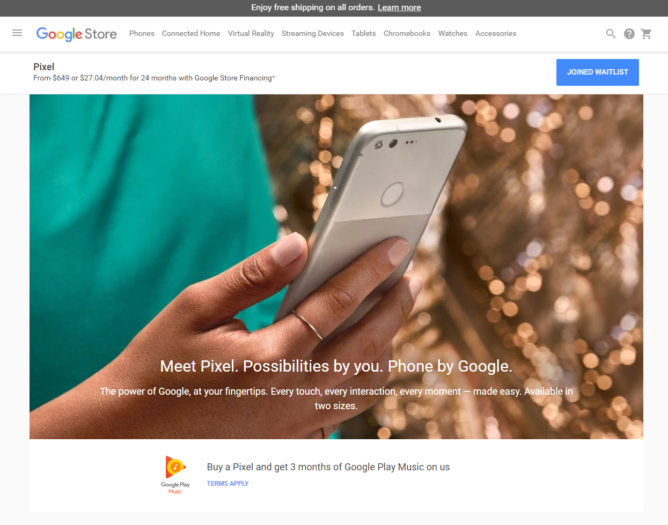 It's common for popular phones to be scarce when they are first released. Demand outstrips supply, and it's not practical to have a huge amount of extra manufacturing capacity that won't be needed in a few weeks. However, the Pixel's shortages have yet to let up. There are always some versions out of stock, and may the Android gods have mercy on you if you're trying to buy a 128GB model. Those are almost always gone. 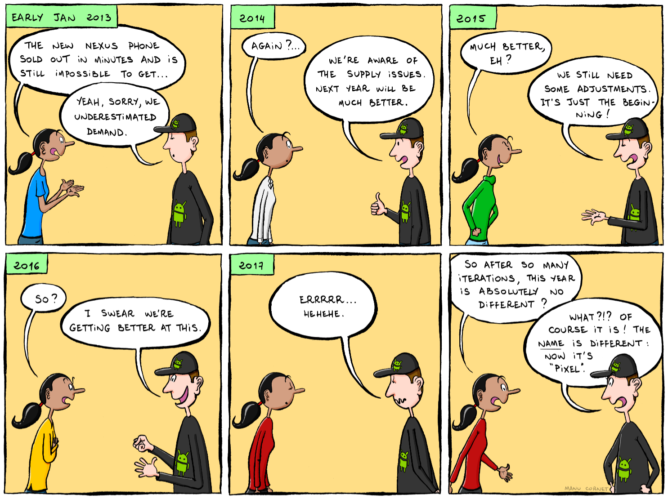 I'm sure Google is selling a lot of units compared to the old Nexus phones, but it hasn't been able to increase supply after all these months? People want to buy the phone and they still can't, which is just bad business. Maybe Google is internally as frustrated as we are because HTC doesn't have the necessary capacity. Whatever the problem is, I hope Google can fix it before too much longer. It's getting to the point you might as well wait for the Pixel 2.

V-MODA announces the REMIX ($300), the world's first Bluetooth speaker with a built-in ...

As expected, the Galaxy Tab S3 will cost around $600 in the US according to Best Buy