Clue, or Cluedo if you played the board game outside of North America, has been around for almost 70 years. Like a lot of other classic board games, it's now been reimagined with a digital mobile release. But unlike some of those games, the developer Marmalade Game Studio seems intent on keeping the classic whodunit setup, instead of trying to cram the well-worn format into something more lucrative. It's available in the Play Store now for $3.99, blessedly skipping any in-app purchases.

The basic game formula remains the same as it ever was: Mr. Boddy has been murdered in an elaborate gilded age mansion, and six posh guests are the prime suspects. As the investigator it's your job to determine the location of the crime, the murderer, and his or her weapon of choice. Players move around the board with dice rolls, discovering clues that let them eliminate all of the impossible answers, arriving at the truth - hopefully before their opponents.

Though the core gameplay remains the same, the digital version of Clue is filled to the brim with new character art, animations, music and sound effects, and possibly the most elaborate Clue board ever made. Unfortunately the game is missing multiplayer at launch, so you'll have to play against AI foes for the time being. The developers say that multiplayer will arrive with a future update. 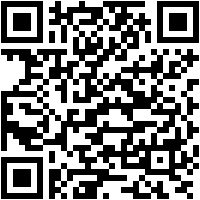