Since the official launch of App Shortcuts, most of Google's popular apps have been updated to include at least one or two convenient ways to jump to your preferred screens. Play Newsstand was just added to the list with a few shortcuts of its own. There are four new shortcuts including: For You, Library Digest, Magazines, and Read Later. This mostly matches the pages accessible through the bottom nav bar added in v4.0, but trades out the Explore tab for Magazines. 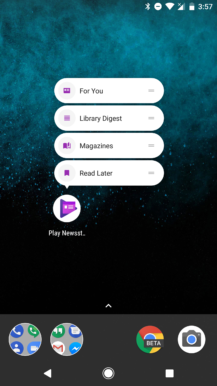 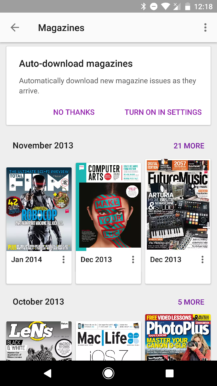 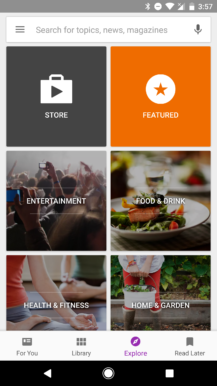 There is one notable catch that will affect some users: Newsstand is delivering these shortcuts programmatically, not with a listing stored in an xml file. That means these shortcuts will only appear on Android 7.1 and above. Third-party launchers running on earlier versions of the OS will not have a way to read these shortcuts.

Don't forget, if you find one of these shortcuts is exceedingly useful, you can always tear it off from the list to create a direct shortcut right on your home screen.