According to the update text posted to the site, S6 and S6 Edge owners can expect a tweaked user interface, notification improvements, better multi-window performance (presumably still using Samsung's custom implementation and not the AOSP version), and more efficient disk use. The update itself weighs in at around 1.35GB, though that might change a bit based on phone model and location. 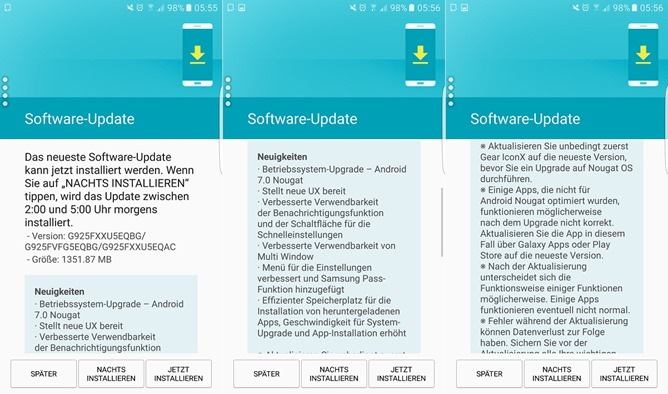 Updates in more worldwide locations should follow over the next few weeks. American variants and other phones that are customized by carriers tend to lag behind by at least a month, thanks to extra testing requirements and more pack-in proprietary apps. We'll be on the lookout for updates to the later Galaxy Note 5 and S6 Edge+ models as well.

Capcom releases 1942 Mobile, but is it any good?