Luckily for you, I have spent the money on 1942 Mobile so you don't have to—I can confidently report that it suffers from some of the same drawbacks other JAVA ports experience. That means plenty of lag to be found for absolutely no reason whatsoever. If you can forgive the shoddy port and its lag-ridden gameplay, there may actually be some redeeming qualities.

I have found that the controls for 1942 Mobile are actually quite solid. There is a large padded space at the bottom of the screen where you control your aircraft. I have hardly ever found my finger drifting off this padded area. On top of that the controls do feel tight, well as tight as controls can feel on a touch screen. Really, it shouldn't be too difficult to implement controls for a vertical shooter, and Capcom has graciously delivered here.

Along with the competent controls, there are also a few benefits added to the game such as high scores and achievements through Play Games. This should at least give a sense of competitiveness and progress for those interested.

I would be remiss if I did not mention the gameplay. You will find two modes of play, a Casual Mode and a Classic Mode. The Causal Mode allows you to easily take a lot of damage, bypassing many hits that come your way. Obviously this mode is for casual players or those just looking for less of a challenge. The second and more interesting; Classic Mode is where the real challenge is contained. Classic Mode only allots you to two lives, and those two lives are precious. Every hit you take to your aircraft will count against those two lives. This is where I had a bit of fun with 1942 as it is pretty similar to the original arcade version in regards to challenge.

Above video courtesy of Maximumandroid.

The lag is a big problem, though. Overall, I would recommend staying away from 1942 Mobile as the lag issue is somewhat insulting as a gamer. Why Capcom feels it's a good idea to push out JAVA games from 15 years ago is beyond me, when they could just as simply port over the original arcade version. Despite the limited fun I did have with shooting everything that crossed my path, there are plenty of better vertical shooters to be found on Android.

One last thing to note, 1942 Mobile is a paid upfront title that costs $0.99 and has zero in-app purchases. The Play Store page does state that there are IAPs, but there are no prices listed in the game's additional information. There are also no IAPs currently to be found in the game. Considering that this is a Capcom title, there is always the possibility that IAPs will come at a later date. 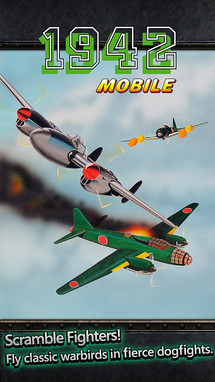 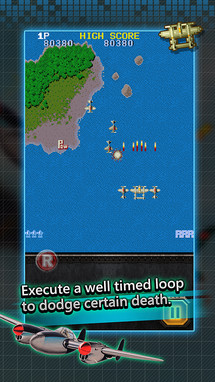 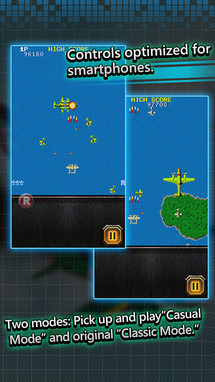 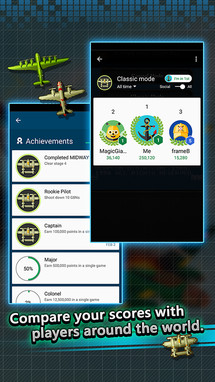 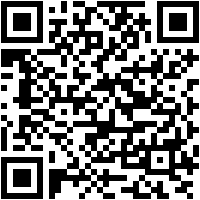