There's a new BlackBerry smartphone, but it's not the recently announced KEYone. BlackBerry fans in Indonesia will soon have access to a BlackBerry device developed exclusively for them. It's called the Aurora, and pre-orders are available now. 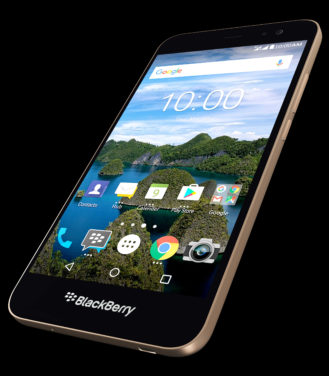 The Aurora is still an Android device, though. It'll ship with Android 7.0 with the DTEK security suite included. It has a 5.5-inch 720p display, 4GB of RAM, 32GB of storage with a microSD slot, a Snapdragon 425, and a 3,000 mAh battery. It was manufactured by an Indonesian company called BB Merah Putih.