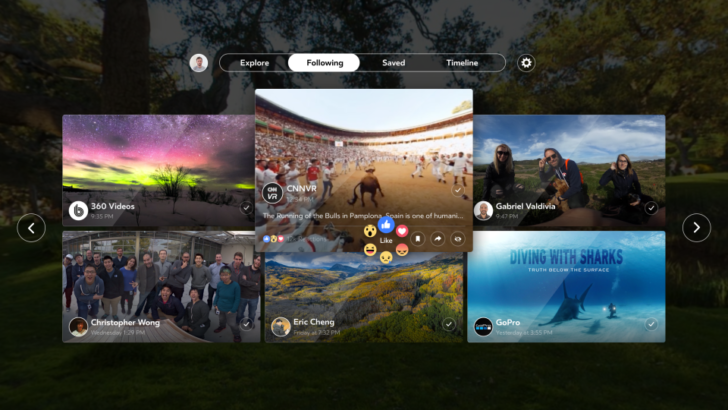 The user interface is quite nice though, and you can even save or share content without leaving the app. Facebook says it hopes to bring the app to "more platforms over time," but for now, you can only get it on Gear VR-compatible Samsung phones.