These days, it's not too hard to find a good deal on a smartphone. Whether you purchase a new device from a carrier or retailer or a secondhand one off of eBay or Craigslist, there's usually a decent chunk of change that can be saved with just a few clicks around the web.

That being said, truly amazing deals are still pretty rare on occasions other than Black Friday or the like. We've got one here for you, though; B&H has exclusively partnered with Android Police to offer the unlocked LG V20, plus a free LG 360 CAM, for just $499.99 - a $500 savings over MSRP. 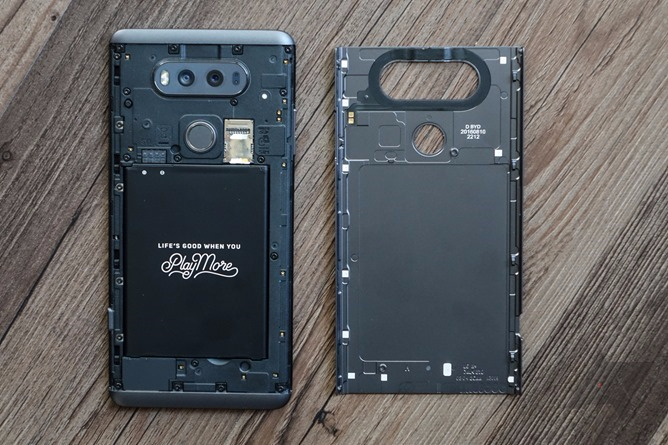 What a magical sight.

Don't let the 360 CAM overshadow the big ticket item here, though; the V20 features a 5.7-inch 1440p LCD display, the still-very-competent Snapdragon 820, 4GB of RAM, 64GB of internal storage, a 16MP main camera and an 8MP wide-angle shooter on the back, as well as a removable 3200mAh battery. Also included are a second screen (which HTC is now aping with the U Ultra), an IR blaster (a rare find nowadays) and an ESS DAC, which delivers great sound through the headphone jack. I use a T-Mobile V20 as my "daily driver," and it's a genuinely nice phone.

So what's the deal (pun totally intended) with this B&H-AP exclusivity thing, anyway? Essentially, you'll need to access this otherwise-secret sale through special links in this post, and you need to click through from our site. Both the Titan and Silver colors are available, and since this is the unlocked US996 model, it's compatible with AT&T, T-Mobile, and (surprise!) Verizon. The sale will last until Friday, March 10th at 1PM EST. Check the source link below if you'd like to snag a V20 and 360 CAM of your very own on the cheap.

ASUS ZenFone 3 ZE520KL and ZE552KL get their Nougat OTA updates