Residents of the UK enjoy a number of nice perks including universal healthcare, a cool accent, and lots of good television content. Some British TV has made its way over to US networks and streaming services, but a lot of it has been hard to come by on this side of the pond. BritBox is a new streaming service that launches today to make a ton of series from the BBC and ITV available in the US. You can grab the app right now.

BritBox has some shows that have previously shown up in the US, but many more than have not. The catalog includes Cold Feet, Silent Witness, Inspector Morse, Fawlty Towers, Absolutely Fabulous, and much more. There are more than 2,000 hours of programming available at launch. That's mostly back catalog content, but new episodes of current series will be added to BritBox as little as a day after airing in the UK.

The Android app is a bit plain, but seems responsive enough. There's a 7-day free trial, but after that BritBox will cost you $6.99 per month paid via a Play Store subscription. 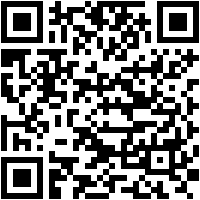