This is not exactly new if you used the AutoVoice beta. However, this now being official is great for those of you who either didn't want to deal with beta stuff or haven't experienced the beautiful frustration that is Tasker. Seriously, now is a great time to get started. 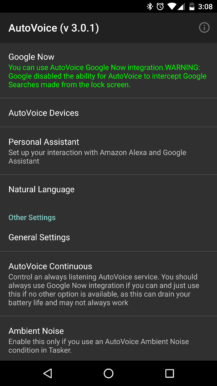 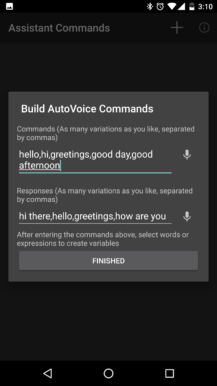 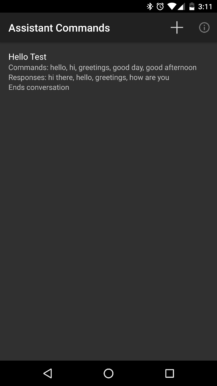 There are two ways to trigger AutoVoice through either your Home or Echo. You can direct your personal assistant to open the service by saying "Open AutoVoice" after the appropriate trigger phrase and follow with the command you want. Or you can say "Ask AutoVoice to say [insert command here]," after which AutoVoice will speak the appropriate phrase to any connected devices – the example is "Hello." 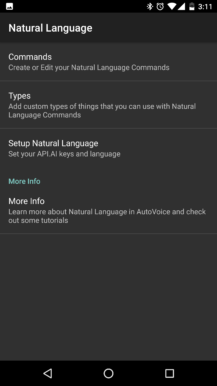 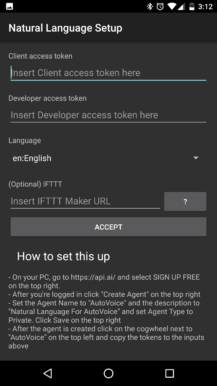 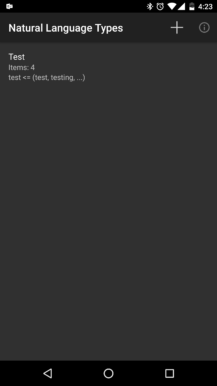 On another notable... note, v3.0 also brings natural language support for AutoVoice commands. This means that you don't have to remember your exact voice command trigger. This is not just great for Tasker, but it also works with the Home and Echo. There is a subscription for the latter part: $0.99/month. Things here can get pretty complicated with complex commands, but the natural language will sift through what you say to get the proper triggers.

IFTTT recipes can also be activated via natural language though AutoVoice, too.

As with many things involving Tasker, there is a steep learning curve. Still, part of the fun is the trial and error and getting the profiles and tasks to work just right. Further challenges come when trying to streamline them for efficiency, which is a whole other beast altogether. If you're stuck or need some inspiration, Mr. Dias has kindly made several tutorials which you can find in the source link. More resources like the Google+ community and the Tasker subreddit are available, too.