Most major tech companies offer 'bug bounties' for major security flaws found in their products. For Google, a company dedicated to cloud services and internet-connected hardware, the bounties ensure its products are as safe as possible. Now Google is increasing the rewards for certain vulnerabilities. 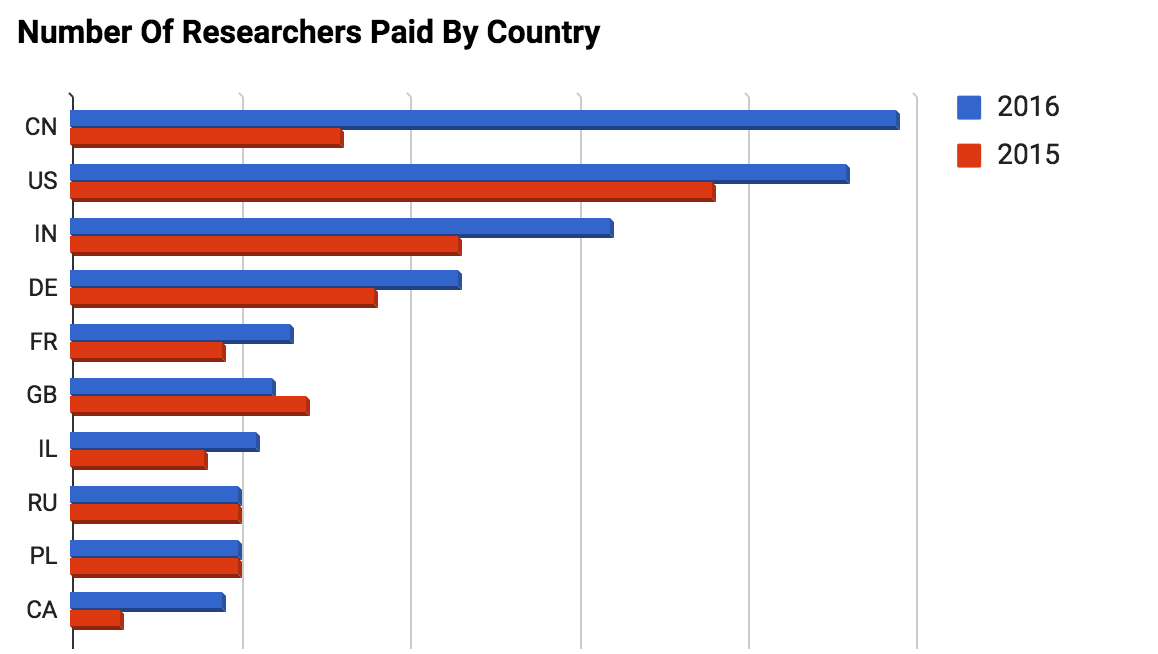 Google also shared some interesting statistics on researchers who have identified vulnerabilities. Over the course of 2016, China had the most paid security researchers, a 3x increase over 2015. There were also significant increases in reports from Germany (27%) and France (44%).

Twitch announces Pulse, a feed for keeping up with streamers and friends