Finding the motivation to put on your running shoes and get out to the street and, worse, start running can be tough. Zombies, Run! makes it fun by providing a back story and a "reason" for your run: Zombies are chasing you and your survival depends on running. It's thrilling and different enough that it could be the thing you need to start running and keep doing it every day. You might even get so passionate about it that you'd participate in the app's virtual races where you compete with real runners around the world.

Now the team behind Zombies, Run! is releasing a standalone app for these virtual races, but it's aimed at brands and charities. They can create immersive races with storytelling tracks (which get mixed with your music) and set a start and end date. Users pay the fee to join, then run at any time within that time slot and wherever they like, and get rewards like medals and T-shirts.

The first two races in the app are the Spy Virtual Race, a spy-themed race in aid of Macmillan Cancer Support, and the Run the Solar System, a free entrance race across the solar system with the British Science Association. Both races have similarly themed training missions that also provide enticing audio commentary. 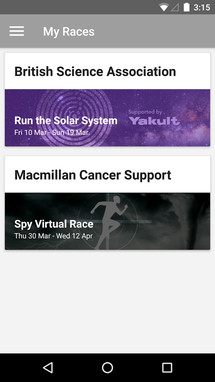 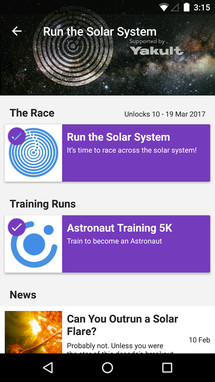 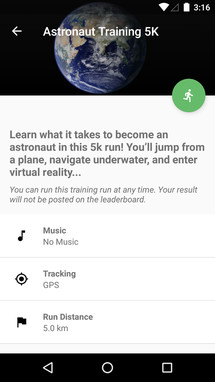 Racelink is free but the races inside it might require an entrance fee. Grab it from the Play Store below on your way out the door.