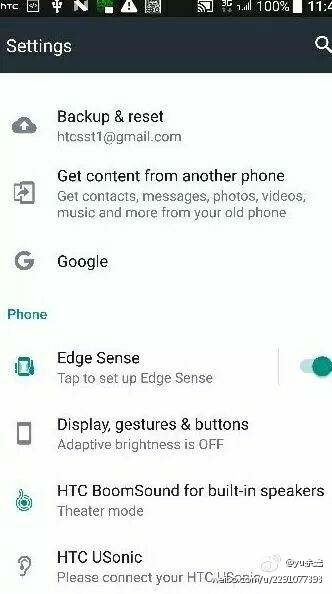 Another, and maybe a more far-fetched one, would be that HTC is adding a touch sensitive area near or along the borders of the display that would bring something like Samsung's Edge Screen but without the curved display to start. The "Edge" name is quite linked with Samsung at this point and I have a bit of trouble imagining HTC copying the curvature + the feature + its name in one go. Of course, this could also all be hocus pocus or the feature could still be under testing and would get a different name near release. Only time will tell.